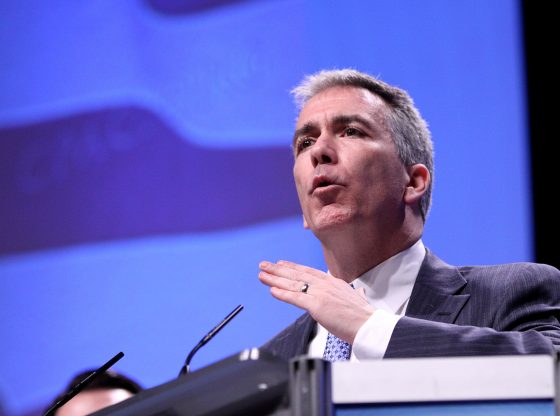 Former failed presidential candidate and former congressman Joe Walsh is now blaming a person her referred to as a ‘big Trumper’ for having his low-rated radio show canceled.

Former Illinois Republican congressman Joe Walsh announced Wednesday night that his show on GAB Radio Network had been canceled. In a tweet, Walsh said the network is run by a supporter of Donald Trump who has wanted to oust him for some time.

Some bad news. Looks like I’ve lost my radio show. The network is run by a big Trumper, and he’s wanted to boot me for awhile. Looks like it finally happened.

Not surprised, but I am bummed. I thought it was so important to have ONE anti-Trump conservative voice on the radio.

“It’s not a surprise I guess,” Walsh told Mediaite when reached for comment. “The same thing happened to me at Salem Media before my primary challenge to Trump. They let me go as well.”

“Look, I’m no big deal, but today is the final straw for me,” Walsh tweeted at the time.

It looks like Walsh may now be forced to do the unthinkable: get a real job.

I guess ratings were so good another station will pick Joe up? Probably not since his immediate family was the only ones listening!

And, they were lying just to make him feel better. :O

You may be antitrump due to personality but you can’t be antitrump and, legitimately, call yourself a conservative. Which of his policies did you disagree with. If it was the America First ideology then you are a globalist and anti-American!

I’m sure he laughs all the way to the bank.

The dude will remain at Fox as a political analyst! LOL. Didn’t ever observe that the fool showing half oz of brain matter. A racist, a foul and loud mouth, yes. Brain matters, nahhhhh.

I stopped watching The Five due to not being able to stand Juan Williams however I may, just may, return to viewing it again.