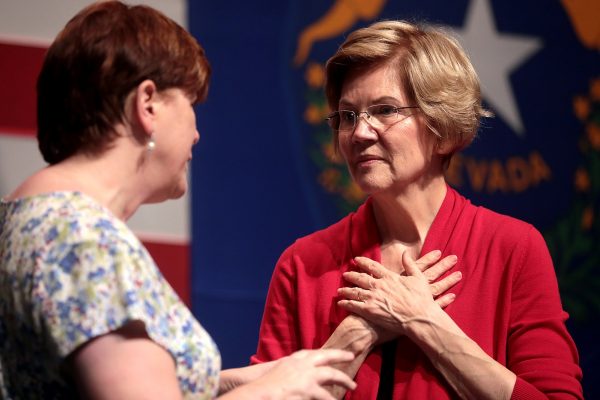 Now that she’s a member of the tax-writing Senate Finance Committee, Massachusetts Sen. Elizabeth Warren plans to give the progressive agenda a boost by introducing a bill that would create the nation’s first-ever tax on total assets.


This so-called “wealth tax” would consider anything and everything owned by a taxpayer in computing the taxes owed. More than double taxation – which is taxing the same income twice as happened with the Death Tax – the taxes the former Democratic presidential candidate wants to put on the books would essentially tax savings, investments, and real property over and over and over again.

According to some early static estimates, Warren’s proposal could generate as much as $2.75 trillion per year – but that does not take into account any change in behavior that might occur on the part of the taxpayers on whom it would be assessed.

A study recently released by the non-partisan American Action Forum found a wealth tax would lead to a decrease in innovation and investment, drive down wages and cause unemployment and produce a $1.1 trillion shrinking in U.S. gross domestic product over the first ten years of its existence. In subsequent decades, GDP would be smaller by about $283 billion, a 1 percent annual decrease from current projections.

The Warren plan would impose this new tax, published reports indicate, on taxpayers with assets above $50 million at a top rate of 6 percent per year while giving the U.S. Internal Revenue Service far greater power than it currently enjoys. With a wealth tax on the books, the IRS would have to hire thousands of new agents and auditors to keep track of all the assets held by those of whom the tax falls, to account for them, and assign them proper valuation at tax time.

Also included in the draft of Warren’s plan circulating through the nation’s capital is a 40 percent “exit tax” to be imposed on anyone who seeks to leave the United States permanently and is reminiscent of the so-called “tax” forced upon Jewish individuals and families seeking to emigrate from Nazi Germany in the years prior to the onset of World War II.

There are some, even in Warren’s own party, who doubt the plan is legitimate.

“We are tax law professors who identify as liberal Democrats, donate to Democratic candidates, publicly opposed the Trump tax cuts, and strongly support higher taxes on the affluent,” Daniel Hemel and Rebecca Kysar recently wrote in the New York Times. “We are worried, though, that leading figures in our party are coalescing around an idea whose constitutionality is doubtful at best.”

Warren’s plan is one of several under consideration on Capitol Hill that, on paper, raise tremendous amounts of money for the U.S. government. Unlike tax changes that achieve such ends by stimulating economic growth, however, her plan would simply redistribute income already earned, long a progressive objective.

To date, there has been no comment from the Biden Administration on the Warren wealth tax or any of the similar proposals under consideration. For his part, President Joe Biden remains committed to his promised repeal of the Tax Cuts and Jobs Act in its entirety. If he’s successful, that would violate his repeated campaign pledge in which he vowed no American family making less than $400,000 per year would see their taxes go up “by one thin dime.”

Pocahontas wants our money but she probably has off shore accounts that shield her from taxes. Commiecrats are good at spending other people’s money

You know there are multitudes of loopholes they can use to minimize or avoid completely the tax.

One of the very distinct advantages politicians have over we peons who have few connections is that they have the inside information on what laws are pending and what laws are apt to be passed. They can then reinvest their assets in areas and fields that they will exempt from the taxes they advocate. LBJ was a mastermind at this. Kerry is running him a close second.

She needs a new teepee lol