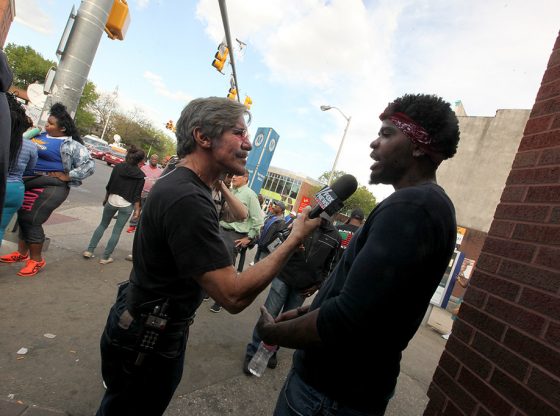 Geraldo Rivera escalated his war of words with President Donald Trump in a blistering Tweet over the weekend for the commander-in-chief’s refusal to concede the election.

Rivera argues Trump has done himself a grave disservice by contesting the election results despite the increasingly minute odds of overturning it. He contends Trump should work harder — in his view — to help Republican Sens. David Perdue and Kelly Loeffler win their runoff elections so that they may build on his legacy.

For almost 4 years I’ve supported @realDonaldTrump who was assailed by leftist creeps who conjured the Russia Hoax to wreck his presidency. Nevertheless he prevailed. Sadly he lost a bitterly contested election. Shit happens. However since he has behaved like an entitled frat boy

The Daily Caller has more:

Rivera, who has long counted the president as a personal friend and supported him in both 2016 and 2020, has said several times in recent weeks that it’s time for Trump to walk away and concede the race to President-elect Joe Biden.

“Clearly Americans are anxious to resolve election anxiety,” Rivera tweeted just before Christmas. “@realDonaldTrump it’s really up to you to recognize reality. You’re a winner-Father of Vaccines-Now be a gracious former president, honor the constitutional process.”

A quarter million viewers of this. Clearly Americans are anxious to resolve election anxiety. @realDonaldTrump it’s really up to you to recognize reality. You’re a winner-Father of Vaccines-Now be a gracious former president, honor the constitutional process. https://t.co/Z1PrPIqfe0

Rivera also reiterated his exasperation with controversial attorney Sidney Powell, whose post-election accusations prompted the president’s legal team to distance themselves from her.

Maybe the finger pointing at Trump has three fingers pointing back; take note of these comments, Geraldo !

Riviera Is a big piece Of cow 💩🤮 that never knows when to shut his big-ass mouth!!

Agree, Geraldo is an idiot

Geralodo personifies everything I hate about FoxNews

I haven’t watched FOX since they prematurely crowned Joe ‘the rat’ Biden! Used to love that station until the Murdoch’s ruined it!

Try Newsmax they are honest people.

This octopus no longer watches FOX.

Me too I do not watch Fox anymore nothing but traitors!!

Except Tucker Carlson, Hannity and Laura Ingraham. They’re the only good things left.

He’s a rogue and always has been. Anything to keep his face in front of a camera!

StaffSarg, isn’t he the one that took those ‘sexy’ pics of himself? Egomaniac.

What does he have on the higher ups at Fox that they keep this idiot on. Ratings? We stopped watching Fox months ago and even before that would change channels whenever that loudmouth came on.

Add me to that comment. I knew him when he was just starting off as a
journalist (?) and no one liked the schmuck.

I agree I fast forward when he comes on. He is looking for attention

He must be crawling under some big wigs desk at fox, yes…use your imagination, pucker up buttercup!!

Geraldo is a jerk and a bleeding heart liberal. I want President Trump to fight to the end! This is more than the Presidency. This is about a fraudulent election that can effect future elections. If he can’t see that, than he is more stupid than I thought! The truth is he hasn’t been such a supporter of Trump. He has often criticized him on issues, especially Immigration. Geraldo wants the President to let everybody in and wants amnesty for illegals. He will cry for them at the drop of a hat!

Rivera:you have confirmed your allegiance to the elite! Kiss hillary,Mickey and Jill. Trump is and will always be my President. In the words of President Lincoln as to why he chose U S Grant “he fights”!
You will never get it!

Guy Huskerson
You have always been on the wrong side in your “stupid” thoughts. I turn you off every time you talk!!!!!!!!!

I intended my below comments to be to
Rivera, not you!!!!

He is a Democrat, what else are we to expect.

You left out azzkisser, talentless, phony journalist wannabe, and someone
who won’t go by his real name. See what Snopes says about him.
As a War Correspondent, he sucked.