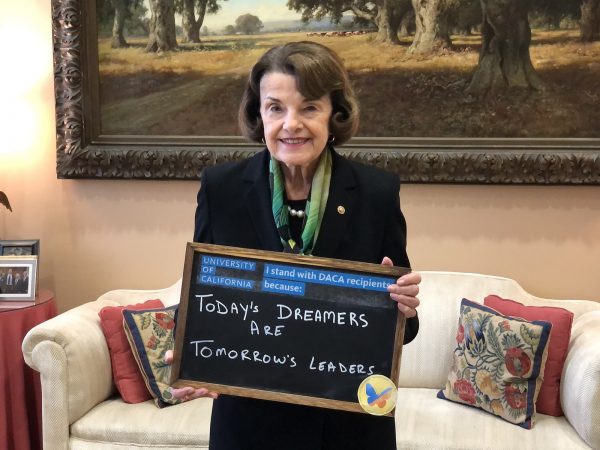 The “do as I say, not as I do” Democrats have once again been caught disregarding the rules they demand the general public follows, as Senator Diane Feinstein is photographed going maskless at an airport.

Tucker Carlson showed photos of Democrat Senator Dianne Feinstein in an airport not wearing a mask after she wrote a letter to the FAA calling for a mandatory mask policy on airlines. Do as they say, not as they do. pic.twitter.com/TMYTliv93Z


Fox News host Tucker Carlson cast light on the California senator’s hypocritical airport visit by airing a news clip from June, reporting on lawmakers calling for nationwide face coverings. “Senator Dianne Feinstein has written to federal agencies asking for a mandatory mask policy both in the air and on public transit,” the correspondent says.

Carlson aired still photos of the Senator walking through an airport terminal without a mask as he quoted her letter to the Federal Aviation Administration. In the mask mandate, which is posted publicly on the Democratic senator’s press release page, she asked for the implementation of a “mandatory mask policy for all airport and airline employees and passengers as cases of coronavirus continue to surge.”

She explained that the CDC recommends wearing a mask on public transportation to minimize exposure on crowded public transit, and the “patchwork of rules” by individual airlines and transit agencies has caused confusion for passengers. “I ask that you issue clear, nationwide, mandatory mask requirements for all aviation employees and travelers.”

“Well, given that, today, this show exclusively obtained photographs of… And this going to rock your world, Dianne Feinstein in a private terminal at Dulles airport, an FBO as they say in private aviation, on Friday,” Carlson excitedly stated.

He described the photographs of Feinstein smiling as she is escorted through the terminal by two masked airline employees. A pilot in a yellow tie and black mask can be seen leading Feinstein while carrying what appears to be her purse and dog. Another employee trails behind her empty-handed.

Carlson facetiously stated that the incident wasn’t Feinstein’s fault, “just like when the hair salon framed Nancy Pelosi, caught not wearing a mask while getting her hair done.” In reference to “Hairgate,” when the House Speaker was caught on video inside a salon, in clear violation of a local ordinance that kept beauty shops closed during the pandemic.

READ NEXT: Salon Owner Rebukes Pelosi for Vilifying Her >>

This old hag needs to leave US like rbg did. Hope she takes mad max, nancy and schitt with her. A few more democraps would NOT hurt either.

I prefer the EMPORERS MASK !
( Invisible to the naked eye. )