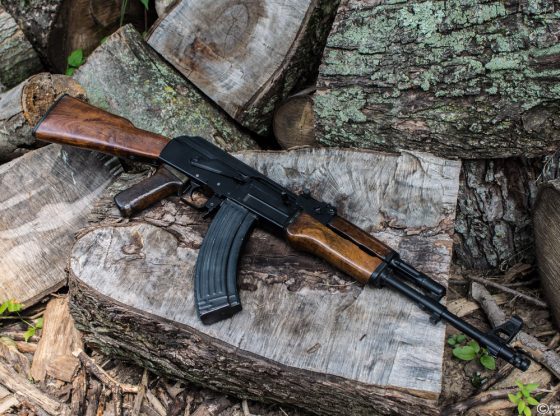 A shocking photo of a woman gleefully leaning out of a car window while brandishing an AK-47 has emerged from San Francisco as crime in the city continues to spiral out of control.

A photo out of San Francisco shows a woman leaning out of a moving car while holding an AK-47.

“During an illegal exhibition of speed event at Barneveld & McKinnon, a passenger leaned out of a Cadi holding an AK47; see photo. SFPD Traffic Company personnel worked up a case, and seized this particular vehicle today,” the San Francisco Police Department wrote on Twitter, accompanied by photos.

The San Francisco Police Department did not immediately return Fox News’s request for comment on the matter.

The incident comes after police reported an uptick in shootings and assaults in the city during the first six months of the year.

The amount of shooting reported in the city in the first half of 2021 has been almost double that of the previous year.

Aren’t we happy they have some of the most restrictive gun laws. LOL

I dunno. In San Francisco (and neighboring Oakland) women are usually leaning in car windows. You might also surmise that many of them aren’t women.

She had better be careful. She would shoot a California commie

Yeah, and she wouldn’t even have to aim to hit one!

She is a member of the Mexican drug cartel. An illegal. On welfare. And votes Democrat.