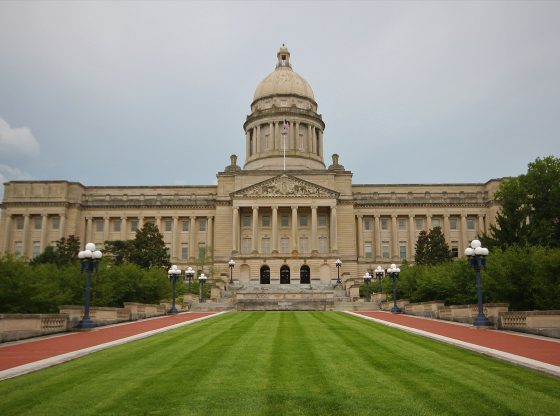 The Secretary of State of Kentucky, Michael Adams, released a scathing statement on Thursday which denounced Democrats for a century of failing to implement proper measures to prevent voter suppression.

The statement comes in the wake of a shameless attack by the Democrat party of Kentucky on Georgia’s new law to tighten Voter ID restrictions.

Standing with our sisters & brothers in GA against this racist & undemocratic bill. We know the GOP, aided with their counsel AG Cameron, will try their hand at this, so we must be organized, ready to fight, & as vigilant to protect democracy as they are reckless to destroy it. https://t.co/kUoyz4HPIj pic.twitter.com/xhWkpbXDjH

Adams’ statement went on to describe in detail just how the Kentucky Democratic party refused to expand voter access, in spite of its century of being in control of the state legislature:

“Kentucky Democrats did nothing in the century they controlled our government to allow even one day of early voting in our state,” Adams said. “Now the Kentucky Democratic Party has the gall to attack Georgia – another state where it was Republicans, not Democrats, who expanded voter access. The Democratic establishment should drop the hypocrisy, and thank the legislators of both parties who have joined me in bringing Kentucky voting into the 21st century.”

The Kentucky Democratic Party’s chairman has attacked Georgia’s recent election legislation as “racist & undemocratic”. https://twitter.com/colmonelridge/status/1375529985159655429 That legislation slightly modified Georgia’s expansive election rules – which were enacted by a new Republican legislature and governor in 2005 following over a century of Democratic control – and which still allow for extensive early voting days and generous absentee voting options…

The Democratic Party controlled the Kentucky House of Representatives without interruption from 1922 through 2016, yet it never passed a bill to extend voting by even one hour, let alone the three extra days of early in-person voting passed by the current Republican-held House…

As a Republican, I demand that Dems pay us reparations!!

The commiecrats owe reparations to blacks. They were the slave owners and kkk founders

REPARATIONS for BLACKS!!!! NO WAY!!! THE ONLY PEOPLE THAT DESERVE REPARATIONS ARE THE NATIVE AMERICANS!!! AND THATS IT!!!

And possibly the Irish who were slaves here 25 years before the Blacks were!

What about reparations to europeans from American continent indians who gave them Syphillis that killed many europeans? We all get reparations, lets have a spending party and watch our economy collapse in 20 years when the Chinese and Japanese stop buying our T-bills.

If the last election was any indication, Democrats should apologize for 101 years of voter suppression.

Been having voter suppression since 1866