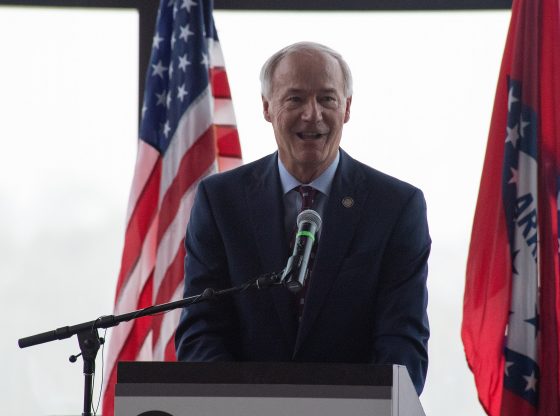 The Governor of Arkansas, Asa Hutchinson signed a bill on Thursday which will now ensure that female athletes in the state are not forced to compete with biological males in sports.

The passing of the bill in Arkansas comes in the wake of South Dakota Governor Kristi Noem sending a similar bill back to her state legislature and refusing to sign it, using the excuse that she believed that the restrictions would open up the state to litigation from the NCAA.


It appears Hutchinson has no such qualms about protecting women’s sports.

The new law, meant to preserve the integrity of female sports and protect girls and women from competing against biological males, comes amid a push by state legislatures to enact similar protections.

“Today, I have signed into law SB354, called the ‘Fairness in Women’s Sports Act.’ I have studied the law and heard from hundreds of constituents on this issue. I signed the law as a fan of women’s sports from basketball to soccer and including many others in which women compete successfully,” Hutchinson said in a statement. “This law simply says that female athletes should not have to compete in a sport against a student of the male sex when the sport is designed for women’s competition. As I have stated previously, I agree with the intention of this law. This will help promote and maintain fairness in women’s sporting events.”

GOP lawmakers in at least 20 states have introduced similar legislation this year, according to The Associated Press. Such states are reportedly under pressure by activists and organizations such as the NCAA to avoid implementing such bans. South Dakota Gov. Kristi Noem recently declined to sign a similar bill and sent it back to the legislature to exempt college sports.

Great job by Arkansas. Too bad we can’t shoot Transgenders and MAGA!!

Absolutely, that would be the best, and correct result!

They have been around for quite awhile (Weirdos) We’ve tolerated them because they’ve stayed in their own yards. Now they’re coming after heterosexuals as a target for their unbridled indignity fomented by the media, and now our government. They’re still weird, but of course, they’re now protected with speech codes and Hate Laws.

That don’t keep them from being nasty LGBTQS

People can have their own sexual preferences, but the government should remain neutral on that topic, and allow the culture to formulate a disposition for them. That’s why Fire Island, West Hollywood and other venues for your LGBTQS exist. I just don’t care what they do, as long as I’m not forced to interact with them, nor should our politicians enjoin the government in the capacity as ombudsmen for homosexuals.

So, are you saying that, with the government neutral on the topic, it is OK for a biological male who identifies as a female to compete on female teams? If you don’t care that these trans folks might overwhelm the female athletes, perhaps you ought to ask the female athletes’ opinions — THEY might not want to be forced to interact with them either.

actually…. when you allow males to compete against females it cost the taxpayer and that is me .. i dont care who you sleep with as long as it doesnt cost me money. and when you take away opportunity from one class due to your gender selection it cost money for the gender that is the victim.. girls who want an equal scholarship chance in a sport are not going to get it. so it is a money issue. eventually you have an all male sports program. no women sports… is that equality. i think transgenders are stupid. if it dangles your male. obey the rules for male and female. and crap about gender phobia making everything neutral is stupid. thank God we are not equal. women are what makes this world a little more stable and compassionate.

They are not weird, they are PERVERTS there is no other word for them.

They’re not normal, for sure. But be that as it may, this lifestyle is their choice. Our government is not responsible to protect, or particularly encourage (?) that choice.

You have a problem with ‘Make America Great Again’?

That’s how I read it.

Lgbtqs is what helps rurn this country this came from the obama administration.

LGBTSQS do not run this country. they are a product of their activity choice and the left runs this country. ever since obama became president then this biden/harris idiot the left is manufacturing an agenda athat will allow them to remain in control of our lives… and that is the fact. Nazi germany all over again

What the hell has Make America Great Again got to do with LGBTQS ?

Great news for the female athletes, needed to be done!

The globalist puppet, libby snow flake males want to try to beat the females but want to use the male locker room so they can watch the males undress and shower and dress etc .

Needs to be worldwide!

Turn the moslums loose they know how to handle perverts.