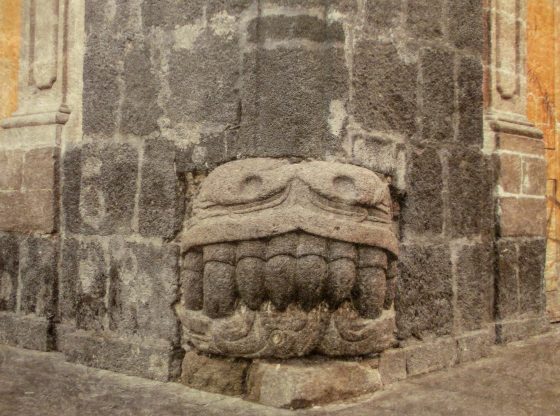 The California Education Department has proposed a brand new curriculum which would encourage children to chant the names of ancient Aztec Gods that were frequently involved in human sacrifice before contact with European explorers.


The California Department of Education has proposed an ethnic studies “model curriculum” that includes, among other things, chanting the names of Aztec gods in an attempt to build unity among schoolchildren.

Signs of the times: @realchrisrufo reports on California proposal to teach state's schoolchildren to despise European culture and heritage and chant to Aztec gods to whom humans were sacrificed by having beating hearts torn from their breasts. https://t.co/LB6lh9oxbv

The chant starts with a declaration that “you are my other me” and “if I do harm to you, I do harm to myself.” Before chanting the name of the Aztec god Tezkatlipoka, the text reads: “Seeking the roots of the truth, seeking the truth of the roots, elders and us youth, (youth), critical thinking through.”…

Is this move by California’s progressive Eduction Department merely a move toward tolerance and ‘inclusivity’ or the active promotion of the worship of pagan gods? Let us know what you think in the comments below.

So, some ancient culture sacrificed humans? I don’t wish to seem antiquarian, but we’re ignoring the modern sacrifice of humans: We call these “Wars” and “Abortions”.

Yes they held them down and cut their heart out while they were alive and conscious. The inventors of open heart surgery.

Pissed Off American
Reply to  Boopeydoo

Bet many didn’t recover. They weren’t too worried about malpractice law suites. Maybe they were using lawyers for that, or better yet, POLICITIANS which most of them are lawyers! They used Commie Joe Panty Sniffer and removed his brain to give to the tinman in “Wizard of Oz.” Now the illegals from South America are coming here wanting it back. Too Late as he threw it away, because someone said “Brains” and Joe thought “Trains” and said, NO Thanks he “would rather Fly”. With his AIR HEAD it might explode at higher altitudes if they depressurize the cabin. Hate to have some poor steward clean him off the cabin interior.

This BS school thing sounds SANTANIC to me. What the hell is wrong with these people. You CAN NOT ERASE all world history just because your “WOKE”. They are really going to mess up kids heads for generations to come. But that seems to be the idea.

What’s with dissing the Scarecrow (the Tinman got a heart)? The Scarecrow’s IQ was higher before he got Dodderinn’ Joe’s brain.

It used to be seperatios of Church and state and secualr schools eliminating Christianity – now its gone to teaching any religion except Christianity.
Obviously the othner religions have no power as far as Satan and the teachers unions are concenred

It would’ve been preferable to the Bolshevik method: Collectivization, where all the food Russian farmers grew was confiscated, and those farmers and their families starved to death. They tried to pull the same crap after they annexed East Germany.

Some cultures killed their children by throwing them into a pit – still alive! But I agree that currently we are still participating in human sacrifice with abortions. I would not consider war in that group though.

Let’s see if the California Education Department are willing to be the first human sacrifices. After all shouldn’t educators set the example???????

You took the words right out of my mouth. If you believe in human sacrifice and you are a human then you should be the one(s) to be sacrificed. Chant away…

Then the Democrat politicians?

For it to be a worthy sacrifice it must possess a heart.

California is a lot like a box of cereal. Filled with fruits, nuts and flakes….

I’ll be quoting you – hope you don’t mind.

You should see the San Francisco DMV customer lounge: You’d think you were at a Star Wars Bar Scene character audition.