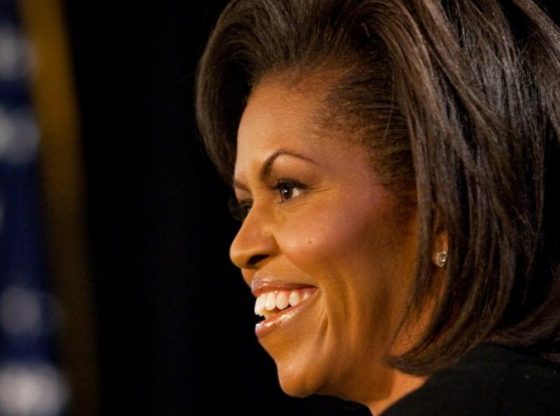 According to a surprising new report, former first lady Michelle Obama is considering a major change in her career trajectory: retiring permanently from public life.

Obama divulged the news during a new interview with People magazine, in which she discussed the rationale of her potential decision.

The former first lady says in a new People magazine interview that she picked up knitting needles to pass time during the coronavirus pandemic. And now she’s hooked…

Mrs. Obama also discusses what she says is the “low-grade depression” she experienced during the pandemic lockdowns and after George Floyd’s killing by Minneapolis police last May, along with her shift away from high-impact exercise and what she wants out of retirement…

“I’ve been telling my daughters I’m moving towards retirement right now,” she said, adding that she’s choosing her projects and chasing summer. Her new Netflix children’s food show, “Waffles + Mochi,” premieres Tuesday, and the Obama Presidential Center is under construction in Chicago.

“Barack and I never want to experience winter again,” Mrs. Obama said. “We’re building the foundation for somebody else to continue the work so we can retire and be with each other, and Barack can golf too much, and I can tease him about golfing too much because he’s got nothing else to do.”

Will the Obama’s potential decision to retire reduce their meddling in US politics, or will they be even more powerful than ever before, pulling strings from behind the scenes? Let us know what you think in the comments below.

You write, not in quotes, “George Floyd’s killing by Minneapolis police last May”
Why do you perpetuate this incorrect statement? Floyd’s autopsy showed that he died of a Fentanyl overdose, three times a fatal dose and audio recordings showed that he was saying “I can’t breathe” repeatedly. while standing up, minutes before he laid down and was restrained when he appeared unable to control his movements and may have injured himself. In addition, the police summoned Emergency Medical assistance three times. Your report prejudices Chauvin’s trail and is poor journalism.

Gitmo is in the South. A good place for these two Obama evil men.

They can take the Lunch Lady’s failed crappo public school lunches with them!

Waffles and Mochi, are you for real? What she/him couldn’t fill another warehouse with a “best seller” to line their pockets from China? Reach around Michael Levaughan Robinson and pooh pusher Barrack could not leave the Country soon enough..

Truth has no place in todays world. This is a democrat country now so keep your truth to yourself.

I don’t think so. The bastards don’t own me and never will

And the DA, even after acknowledging the FACTS AS PRESENTED BY THE AUTOPSY REPORT, went ahead and added THIRD DEGREE MURDER…..

So the jury would have options….

Notify the mobs that ANY FUTURE RIOTING WILL BE MET WITH LETHAL RESPONSES!

IT’S TIME TO PUT THESE ANARCHIST OUT OF BUSINESS,

Anything from this person to make it seem like “poor me, I have it so hard, I’m depressed, woe is me, America has been so hard on my family and people…” I sure do wish me and my
husband were in a position to just be able for me to pick up the knitting needles and him golf all day! But then, our country did not “discrimate against us” that way! We still have to work for our living! And we’re much older than they are and yes, we went to college, just didn’t land any of those sweet pot deals from a country I wasn’t proud of!

Well said Deb…We are much older than both of them and we still keep going… That is the trouble with America…Too much PLAY and sitting back and doing nothing…..BUT… still causing trouble for the rest of us!!! NOT at all proud to be an American right now! God help us and get these creeps out of our faces!!!

AND HIS FAMILY HAS RECEIVED 27 MILLION FROM MINNEAPOLIS TAXPAYERS AND THE TRAIL HASN’T EVEN STARTED, THE OFFICER WILL BE FOUND NOT GUILTY BY THE JURY WHEN THE TREUTH COMES OUIT!

Wondering if her “retirement” has anything to do with the arrests being done regarding the election fraud? Mike and Obama are on the line for treason.

You are living in an alternate universe. Get the facts straight before you spew your lies and venom.

You are living in a naive universe if you dont think the Obama’s didn’t do anything wrong. They are crooked like their friend HRC.

By your downvotes, it looks like you are a majority of one in your thinking, if it could be called “thinking.”

The Obamas shoulda retired from public life years ago – like, prior to ’08.

They hadn’t had time to milk the taxpayers in order to retire. They had no real money until he got in office. What did he do for that money? He certainly didn’t make America great, Obama made America look like losers.