US Senator Apologizes To Constituents for Objecting To Biden’s Certification 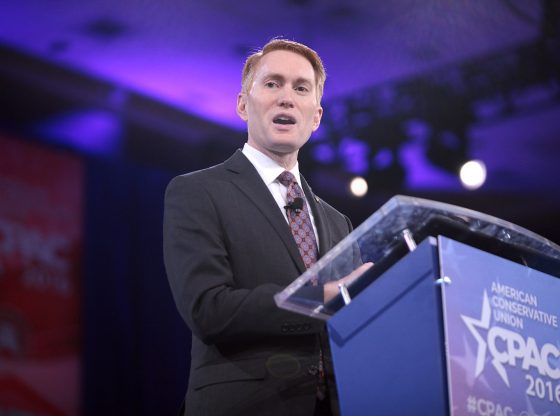 Sen. James Lankford (R-Okla.) is apologizing to his constituents for his decision to object to President-elect Joe Biden’s Electoral College win amid the Capitol riots.

Lankford found himself under fire from black voters after building goodwill with minority communities in his state following his attempt to challenge ballots cast in battleground states. Many minority voters saw Lankford’s attempts as casting doubt on voters in cities with large numbers of black Americans.


In a letter addressed to his “friends in North Tulsa,” the site of the worst incident of racial violence in American history, the senator asked for forgiveness.

His decision to raise issues about the presidential election in several key states — most of them with large African American populations — hurt and angered many Tulsans, however, with some leaders saying he should resign or be removed from the 1921 Tulsa Race Massacre Centennial Commission.

“What I did not realize was all of the national conversation about states like Georgia, Pennsylvania, and Michigan, was seen as casting doubt on the validity of votes coming out of predominantly Black communities like Atlanta, Philadelphia, and Detroit,” he wrote.

“After decades of fighting for voting rights, many Black friends in Oklahoma saw this as a direct attack on their right to vote, for their vote to matter, and even a belief that their votes made an election in our country illegitimate.

“I can assure you,” he said, “my intent to give a voice to Oklahomans who had questions was never also an intent to diminish the voice of any Black American.

You never did anything wrong . It’s just people can’t see through the hate that think you did. I for one think you said and thought should have been said . No apology’s need.

Apology not only “not needed”, apology is extremely objectionable! It hasn’t won any votes from the other side, Senator, but it has diminished any backing you had from Conservatives (i.e. the 75+ millions who voted for President Trump in the last election.

You are right Amawalk 2 . I was in hopes people would read between the lines like you did thin again I though I should have said I wouldn’t vote fore him if I could, should he run again. I should also have said he played into their hands , gave them power over the congress. Show’s he is weak and doesn’t want to loose votes. But I hope he does>

Absolutely “NO APOLOGY” should have been required from you, if there was provoked intimidation, please inform your voters and the rest of US, the 75 million plus who voted Legally for President TRUMP. I still cannot understand how our Supreme Court came about to “validate” the upwards to 16 million ILLEGAL VOTES, and then disenfranchised our “WE THE PEOPLE” 75 million LEGAL VOTES.

It’s easy to explain . Some have skeletons , the others have NO spine , Roberts has ongoing Brain seizures issues .

Senator, you have to know where this is going. You will never, ever, get our vote again. Simple Succinct.

Who are you that you think you speak for all the minority voters? You are just like most democrats, you think you have the only voice. Anyone that disagrees is subject to your self appointed ruling class. If you dont like what the senator says, tell him because you certainly dont speak for anyone else.

Just another wimpy turncoat RINO without a spine!

Chief, you took a huge and wrong step in ASSUMING that Sugaree was talking of minorities. Sugaree made no mention of race, you simply made a stupid assumption.

Unfortunately many feel that the color of the skin is all that matters, They have been played.

Everything is about race…it’s soo old I don’t even think about it anymore. Where I grew up the KKK and Jim Crow was and is the Democratic Party and they have convinced you they weren’t. Have you been this stupid all your life? Every hear of Bull Conner? Huh!!

Because MOST of us know fully well this election was stolen thru 6 or so counties in 6 states. A RINO has No spine and blows with the wind. You have your opinion Chief but I know plenty of Minority voters who also feel this was a rigged election. Many from Cuba who have seen this exact type of election 1st hand as we have now.

How many votes did you cast for Biden? I am very old and a Christian, I believe that two wrongs do not make a right. There is proof and people are being arrested for illegal acts. Even one bad vote is two many. I believe that anyone who condones those acts is a traitor we should all question the honesty of the win. I live in Massachusetts where there is undeniable proof that the Ballot was Rigged.

Sir, it was rigged in all those states. They can’t win playing fair, They have to cheat. I will NEVER call Biden my president. He is totally illegal.

Senator;…which way is the wind blowing today, and will that determine what side of the fench you’re on?