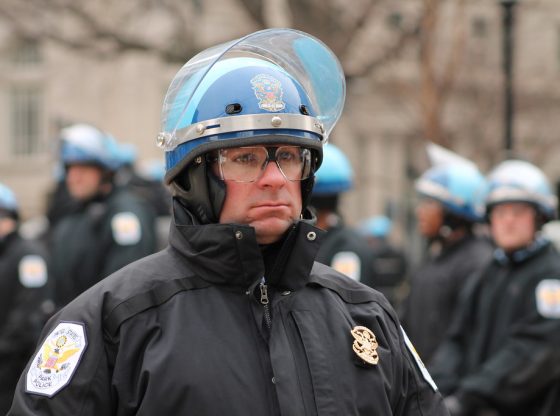 President Trump has called for a “wild” protest of the election result in the nation’s capital on January 6, the day Congress will certify the Electoral College vote. Various pro-Trump groups, including the right-wing ‘Proud Boys’, are scheduled to attend.

Previous pro-Trump rallies in Washington, DC were marred by minor violence when left-wing ‘Antifa’ and BLM counter-protesters physically confronted pro-Trump marchers on the edges of the massive rallies, and fights ensued.


But the bigger concern then was the attacks on peaceful protesters.

At one event, where I was an observer, black-clad far-left rioters attacked peaceful pro-Trump supporters as they dined in the city long after the march was over, and even mobbed the hotels where they were staying. A gaggle of these ‘terrorists’ even fired incendiary explosives (commercial fireworks) at diners which included entire families.

There seems to be strategic attacks by Antifa on Trump Supporter occupied buildings pic.twitter.com/BxBOXnVfj3

So how is Washington, DC preparing differently for this event?

First, the city is activating its Emergency Operations Center (EOC) to coordinate its response to the protests with federal law enforcement. It is also making this an “all hands-on deck” event. Mayor Muriel Bowser said all Metropolitan Police Department (MPD) officers would be required to work on Tuesday and Wednesday.

The mayor also requested that the city’s National Guard support local police on Tuesday and Wednesday.

According to Politico, “D.C. Police Chief Robert Contee III said the National Guard has committed to helping law enforcement ‘through the life cycle of this event.’ Bowser said about 100 members are being called up.” However, the DC Guard said about 340 personnel will be activated to assist police with controlling crowds at metro stations and enforcing street closures.

In contrast, during the fiery BLM riots in May and June which I witnessed and described here, Trump was blasted when he had to federalize the Guard against the wishes of the mayor to calm the violence.

Numerous roads in the downtown DC area will also be closed during the planned protests. And then there is a blanket ban on firearms within 1000 feet of the protest areas.

According to Fox5DC News, “after anonymous posters in online chats strategized about how to sneak guns into the city, police posted signs warning that firearms are prohibited at protests. Open carry is also banned in DC.”

Concealed carry is permitted with a DC license. However, those licenses are difficult to obtain.

Starting tomorrow all firearms will be prohibited in #DC ahead of #January6 @fox5dc pic.twitter.com/HLKY48WM3P

It is unclear if the city’s weapons prohibition for this event applies to legally permitted DC concealed carry, or only to outsiders illegally bringing firearms into the city. But the signs state ALL firearms are prohibited within 1000 feet of the sign between January 4 and January 7.

I would take these warnings seriously.

The signs are being placed around Freedom Plaza near the White House and along the National Mall leading to the Capitol.

“Don’t bring weapons into our city. They are banned here in the District of Columbia and you should not expect that anyone will bring weapons here because if they do and if anyone comes here to cause violence they will be arrested,” said Christopher Rodriguez, director of DC’s Homeland Security and Emergency Management Agency, as reported by Fox5DC.

Of course, similar measures were not taken or statements made about far-left groups coming to DC to protest, at times, violently. Perhaps these measures should be applied equally and evenly to all major protest groups.

The leader of the Proud Boys said his group would be represented at Wednesday’s event in record numbers and would be attending “incognito” and not in their typical black and yellow polo shirts. He even hinted that his members may be dressed all in black like ‘Antifa.’

That should be interesting.

Meanwhile, the best advice has come from Black Lives Matter DC, which has told people not to counter protest. Mayor Bowser sent a similar message to DC residents and people from nearby areas, urging them to stay home or avoid downtown DC where protests will occur.

“I am asking Washingtonians and those who live in the region to stay out of the downtown area on Tuesday and Wednesday and not to engage with demonstrators who come to our city seeking confrontation, and we will do what we must to ensure all who attend remain peaceful,” Bowser said in a statement released Sunday, according to Fox5DC.

Message to the Mayor: ALL protests have elements looking for confrontation. Please apply the rhetoric and the response evenly and let’s hope the protests are peaceful, and DC is better prepared this week than with past left-wing riots.

I recommend using axe handles and face shield with backup in case stupid AntiFa or BLM uses guns. Use those axe handles liberally, spread the joy.

Its a shame that batch of a DC mayor will have the police out in force AGAINST Trump supporters. Anyone going to DC better be prepared for violence by the left AND police.
DC is a dangerous place. Lots of open spaces to be attacked. Lots of kooks there year round. I wish them bravery and luck in getting out the message.

Hope the Trump supporters tear it up like the left did before the election. I vote for Gone with the Wind type reaction for the stolen election, and don’t say Biden won fairly, that is a bunch of crap!!!!!!!!!!!!!!!!

The only contest Biden has ever been good enough to win at is a lying contest.

We do not need to sink to their level! A peaceful protest is all that is needed to show law-abiding citizens have had enough of the left’s disdain for American values.

Maybe you should stay home, liberty and justice doesn’t mean that much to you. I’ll wager you don’t vote either.

Don’t you think that a peaceful protest (the largest in history) would have a detrimental effect on the cheating Dems?

We need to be there by the millions! Send a message to these corrupt democrats and RINOS that we will not lay down any more!

The millions will be there if Biden is voted in and all commies will be dealt with in every level of government! No more!!!