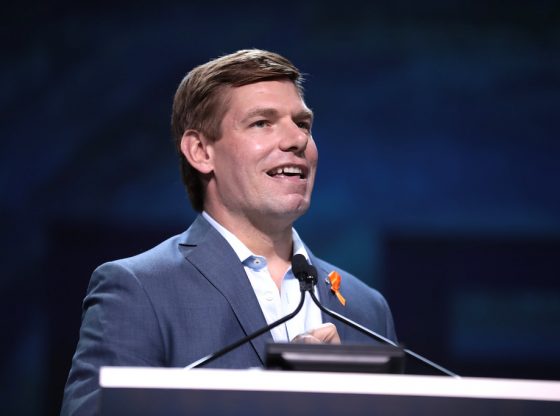 A suspected operative of China’s Ministry of State Security, the country’s leading intelligence agency, Christine Fang or Fang Fang, gained access to California politicians through her affiliation with a local college’s Chinese Student Association. She targeted U.S. Rep. Eric Swalwell (D-CA) during his 2014 re-election campaign by acting as a political “bundler” that helped raise funds and gain support from crucial Asian-American voters. U.S. intelligence officials believe her mission was to gain access to and influence Swalwell, which may have been accomplished when she managed to place an intern in his office. The nature of Swalwell’s relationship with Fang has been called into question, as she has been surveilled having sexual relations with two Midwestern mayors.

Cut it off and make him eat it

I believe this could be proved to be a TREASONOUS Act by a United States citizen..

HE IS DEMOCRAT THIS WILL BE SWEPT UNDER DEMENTIA”S RUG AND NOTHING WILL HAPPEN.DEMENTIA JOE IS IN CHINA’S BACK POCKET THANKS TO HIS SON HUNTER !

What do U mean?! Every1 knows DEMOSOCOMS R NEVER guilty of anything, they always do what’s best 4 the serfs! There is no need 4 sweeping anything under any rugs. The Marxists/Socialist /Media & Silicon Valley will CLEANSE all!

When will folks catch on to what I have been saying/ The News media is Public Enemy Number One. The Democrats are Public enemy Number two. All of our other enemies pale in comparison to our internal enemies which I just mentioned..

He was in the sack with them long before his son started imitating poppa Joe!

He’s the big guy he got his millions also, the Chinese will call in the debt, I don’t trust the communist democrats.

Pelosi is on it, she believes there is nothing to see here. JB doesn’t even know who Sweatwell is…he probably thinks he may one of Hunter’s partners.

Do not kid yourself Joe Biden was very much involved in the China affair. Hunter was his bag man. Who knows who else was getting a kick back while Biden was VP . No one in the Obama could be that stupid not to know or getting a piece of the pie

Yes it can. “Duh, I didn’t know.” Ignorance is not a defense, get him out of Congress.

U obviously didn’t hear his defense, Trumpers framed him. That is the only defense needed by DEMOSOCOMS.

Yep, sex with a spy is National Security. Therefore classified.

It is a Treasonous act. but look at all the ones who have sold us out, like Clinton for one. nothing gets done to them. they are allowed to keep walking around and doing no good acts. Our justice system is no good. depends on how much money you have to buy off the judges.

If we had true justice in America the whole bunch of them would imprisoned for life or even hanged for treason.