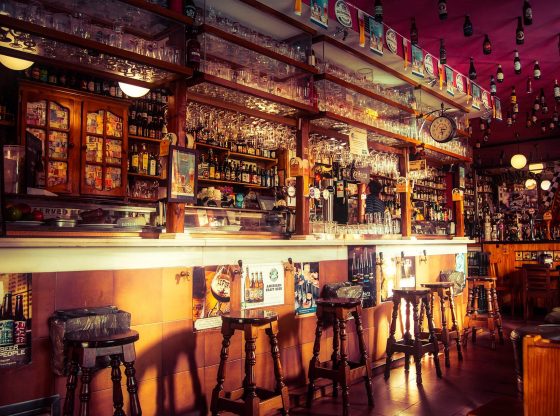 New York City bar owners Keith McAlrney and Danny Presti are fighting back on the state’s coronavirus restrictions and have declared their business an “autonomous zone.” The Staten Island business owners were recently fined upwards of $15,000 for allowing customers to drink and dine indoors, behavior which is currently prohibited in the state’s “orange zone.”

McAkrney and Presti placed signs on their business, Mac’s Public House saying they “refuse to abide by any rules and regulations” enacted by Mayor Bill de Blasio or Gov. Cuomo. The business owners chose to defy the recent restrictions in what they call necessary actions to save their business.

“Every day small businesses are living in fear, not just of this virus, but that our governments will take our livelihoods away, even as we’re being safe,” the bar owners said on Facebook. “Just to clarify, we acknowledge this virus as a real threat and are still taking necessary precautions. What we do not acknowledge is that our government has the right to shut us down when we’re operating in a safe manner.”

Patrons are welcome to come to Mac’s Public House to eat and drink for free, Presti said in a video reported by ABC News. “We just ask that you do make a donation toward us so that we can still pay our bills,” he said. The bar owners also set up a GoFundMe page, which had raised over $9,300 as of Monday evening.

In a YouTube video posted Nov. 25, the owners said they were “visited by what seemed to be every sheriff in the whole state” and fined $15,000 for remaining open. The bar’s liquor license was suspended Friday after a State Liquor Authority (SLA) investigator was refused entry to the bar and reported that customers were inside, ABC reported.

“In order to protect New Yorkers’ health and safety during this public health emergency, the SLA suspended Mac’s Public House’s liquor license, and the Department of Health issued a Section 16 Order after investigators found the premises flagrantly violating COVID-related regulations in the Staten Island Orange Zone,” the SLA told ABC News in a Monday statement.

As Coronavirus cases have spiked across the country governors and lawmakers have begun implementing increased Covid restrictions. Prior to Thanksgiving, multiple governors urged against traveling and gathering for the holiday out of fear of spreading the virus.