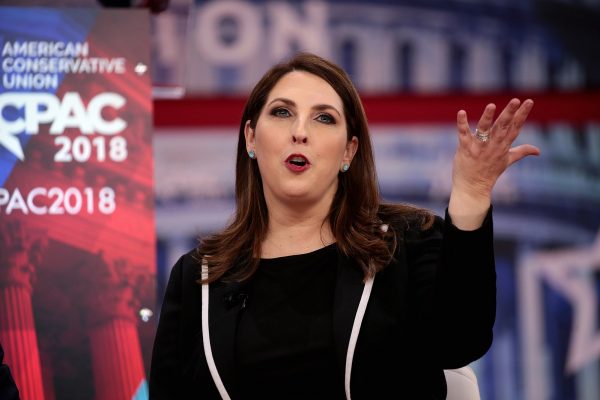 It caused 6,000 votes cast for Republicans in a GOP-dominated county to switch to Democrats, a significant discrepancy rectified by local officials who then hand-counted ballots.


However, McDaniel and other officials revealed that the State of Michigan had used the same software in 47 of its 83 counties and warned similar glitches might have occurred.

Michigan GOP Chair: Dozens of Michigan counties used the same software that caused 6,000 votes in one county to switch from Trump to Biden.

“These counties that used this software need to closely examine their result for similar discrepancies.” pic.twitter.com/ZK3uUcogNB

“In Antrim County,” Cox said, “ballots were counted for Democrats that were meant for Republicans, causing a 6,000 vote swing against our candidates.”

“The county clerk [Sheryl Guy] came forward and said tabulating software glitched and caused a miscalculation of the votes. Since then, we have now discovered that 47 counties used this same software in the same capacity,” she continued.

“Antrim county had to hand-count all of the ballots,” Cox said. “And all these counties that use this software need to closely examine their results for similar discrepancies.”

“The people of Michigan deserve a transparent and open process. Voters deserve to know that all legal votes are being counted,” concluded Cox.

I’m sure there never is a ‘glitch’ that switches Dem votes to GOP votes. Isn’t it interesting all ‘mistakes’ and ‘glitches’ always benefit Dems?

I’m sure every Dem ballot counter will rush to rectify this glitch as soon as he/she discovers it! (NOT)

Many years ago when i took my FIRST course in programming, I was told GIGO. NOTHING happens with a computer that was not caused by action of someone doing SOMETHING with that computer.

Need to start a never Biden campaign. Will not accept him as president with all the voting fraud

I would never accept the retarded bastard. With the election cheating I don’t want to here anymore about Russia and Ukraine. We sure as hell didn’t hear much about China and dumbass Hunter Biden.

I definitely agree with you, I know there is voting fraud in the whole election. There should be a hand held recount of ever ballot or have a new reelection suppervised by a lawful voting team to make sure ballots are counted correctly.

Mary, oh how I wish we could have a WHOLE NEW ELECTION nationwide! After the Hunter Biden criminality exposed the entire Biden family, many people who had already voted wanted to change their vote!

Maybe we can recycle the Dems placards reading “Not My President!”

Biden is not (will not) be my President. I will be marching with that sign in front of Worcester City Hall the day Biden (if) is announced as the official winner.

And very soon to be president if the dcraps succeed in stealing this election. biden won’t last 6 months.

You all should realize by now, that Trump was not running against Biden. He was running against his puppet masters. His only job will be to sign anything put in front of him. His puppet masters need him to be the scapegoat in case any of their projects backfire on them. Harris, Schumer, Pelosi and the rest of the Liberals will be pulling the strings.

Absolutely!! That is exactly why Biden was chosen by the DNC last year and the rest of the candidates were pushed out. Second time they’ve bought Bernie off to get him out of the way. I predicted before the first Democrat debate that the Dem’s candidate would be Biden because Biden will say and do whatever the kingmakers tell him.

Wonder if Bernie’s finances have ever been investigated? If he was “bought out”, some trace of it has to be somewhere. Maybe it will be a cushy government post that is a “no show” position.

You are soooooo right

I thought of that myself, he’d be the yes man to the House of Reps..

Biden will never be my building

Biden will never be my president

He doesn’t even know who or where he is half the time. It’s beyond belief. He can’t mentally or physically be eligible to be President, which is the Left’s next agenda, they’ll put up who they really want to act as President. Even though, really, Obama has been their 3rd time President from his bunker two miles away from the WH. He has been calling the shots from behind the scenes. Trump knows this.

Remember the NOT MY PRESIDENT sentiment towards President Trump?
Well??

Perhaps you need to add a NEVER HARRIS to that NEVER BIDEN campaign, she’s warming up offstage to take her position in the WH when Biden says enough is enough.

But dems see fraud in elections as Dems’ constitutional right!

Agreed! The blatant lies and fraud have totally disgusted me as an American and I will never accept this evil mindless lier as my President!

Great!! Super they figured out the faulty counting machines! Now it would be fantastic if they get to the bottom of the mail in vote counting, the fraudulent ballots purposely back dated and shipped to counting facilities, and ALL of the ghost votes to undocumented people, people whom no longer resided in particular states, dead people, and not to mention dead cats. Or all the ballots selecty picked and thrown in the trash, burnt, and thrown in ditches.
No wonder why the far left radical swamp creatures only real concern with Trump was whether he was going to concede and step down when they won the presidency. So far all of their gazillions of dollars of campaign money is coming out in the wash.
Amen…

President Trump had massive rallies no matter where he went and to think that all these people didn’t vote for him is crazy and hard to believe. All the states that wanted mail in ballots flooded the election with fraudulent votes to spark an early lead in some states and then when President Trump took a big lead they went to their mostly democratic districts to count those vote and push past President Trump making it almost impossible for him to catch up. The Dems are trying to steal this Re-election from President Trumps they tried for almost 4 years of his presidency to get him out of office. Even impeaching him goes to show you how low they will go to try and steal another 4 years from him. Jeff Sessions was one of the Rhino’s who got some of the Russia Hoax started by recusing himself and allowing the deep state swamp to assign a Special Council to investigate the phony Russia Hillary Hoax. Biden and Obama were neck deep in this plan to try and unseat President Trump and AHG Barr decides not to investigate either one of them for criminal charges. VP Biden want to enact the Logan Act while conferring with President Obama, Susan Rice and James Comey to name a few. So all this supposedly relentless criminal investigation should have come out before the Presidential Election. So if Biden gets the Presidency then AG Barr goes after him Kamala Harris becomes President. This whole Dept. of Justice and FBI has to be reformed so to make it an unbias investigational system we all can be proud of. So the FBI and Dept. of Justice should have had all the investigations done before the election started. If Biden is charged and found Guilty the rest of the Democratic Administration will make sure these investigations are stopped and all the Russia Hoax Players get exonerated for their crimes.

Barr will not go after Biden, I feel we need to shutdown the FBI and start over with ALL new people. Do a clean sweep of the Justice Dept. Clean out the dirty laundry of the government (which Trump was trying to do). Arrest and charge all people who have tried to overthrow the President, and are still trying to do with treason. Death penalty for sure.

To me, my devious mind says the “stoppers” to Trump being reelected are well placed, trusted, Rhinos. Why was the Biden expose’ treated so causally at first? If I were Trump, as soon as the Biden/Biden affairs became known, that would be priority # 1, publicized even if just in “teaser” form. Fighting past the Lame Stream Manure Media to get details to the public could have started sooner, and a lot more would have had a chance to be public knowledge. AG Barr fits my scenario. Several times his reluctance to act has been an issue.

Pray that every ounce and aspect of the voter fraud and rigging be exposed, discovered and prosecuted.