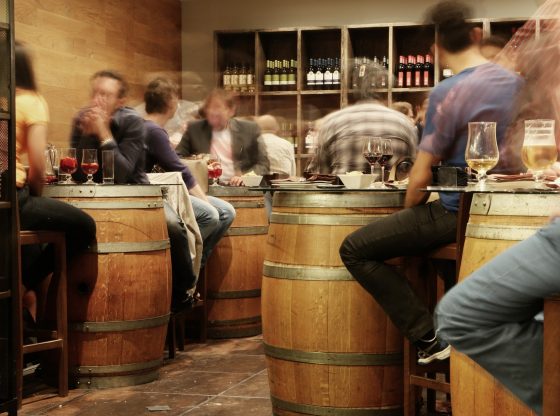 Starting today, diners in Michigan will be required to give their names and numbers if they want indoor service at restaurants and bars.

The new rule was established by the Michigan Department of Health and Human Services in an effort to combat the spread of COVID-19 through contact tracing.

“All dine-in food service establishments must maintain accurate records of the names and phone numbers of patrons who purchase food for consumption on the premises, and the date and time of entry,” the order reads.

The invasive new restriction on the state’s dining establishments was announced Thursday along with orders rolling back indoor gathering sizes from 500 to 50, and restricting table sizes to a maximum of six people.

Michigan has seen a recent surge of coronavirus with Saturday’s 3,792 cases representing the state’s highest-ever single-day total. Officials say there are currently 12 outbreaks linked to restaurants and bars, which accounts for 5.5% of cases being investigated.

Justin Winslow, president and CEO of the Michigan Restaurant and Lodging Association, says that number is actually 2%.

SEE ALSO: Pollster That Correctly Predicted Michigan in 2016 Is Back With New Election Forecast

“In relation to the size and scope of the industry, which serves millions of people every day and employs several hundred thousand more, this well-intended effort is more likely to result in job loss, foreclosure and fewer restaurants than it will prevent transmission,” he said in a statement.

The Michigan Licensed Beverage Association Executive Director Scott Ellis slammed the order, which comes when ailing businesses are only allowed to operate at 50% capacity.

“I think when you’re going to sit down at a restaurant you just don’t expect someone to take your name and number because you’re coming to have a drink or a burger,” he said. “Our frontline servers have already had trouble dealing with masks and mandates and mandating masks.”

Along with no shirt, no shoes, no mask… restaurants can refuse service for diners who won’t obey the emergency order, as any business that fails to collect their patron’s data risks losing their operating licenses.

Customer compliance is the real wild card issue since state-mandated personal data collection has the potential to stop diners from patronizing already ailing eateries. “You accept it when you’re ordering out, it’s just something you have to do and then how many people don’t want to give it when they order out and how truthful is it? We don’t know,” Ellis commented.

Combative customers could face civil fines up to $1,000 or a misdemeanor with a maximum sentence of six months in jail for violating the new rule.

Michigan is not the first state to attempt to collect restaurant patrons’ personal information, Washington tried to impose the same restrictions in May, but citizen uproar caused Democratic Governor Jay Inslee to retract the order less than a week later.

READ NEXT: Covid-19 Is Erasing Distinctions Between ‘Red’ and ‘Blue’ States >>

This is the start of socialism vote Trump 2020

People are so willing to give up freedom for ????? Its time to take our country back by force!

Welcome to Socialism 101 folks. This is just a small picture of what government in your life every waking hour of every day means. Time to stand up to this tyranny! Vote Trump! Let’s show these fools we are serious!