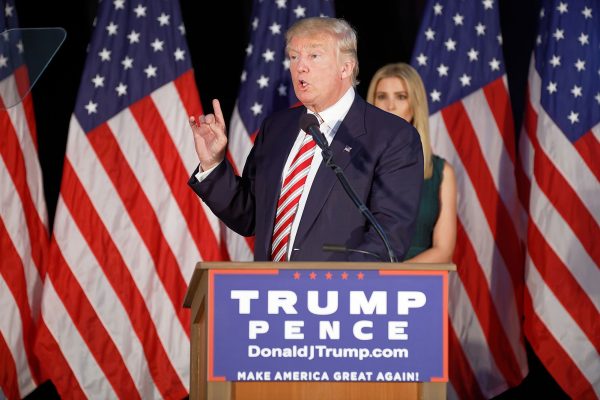 Although President Donald Trump won the dispute over complying with congressional subpoenas for his financial records, he wasn’t happy that he had to hand over his tax returns to the Manhattan district attorney.

The commander-in-chief let his frustration be known to all via Twitter. (Mediaite)

President Donald Trump on Thursday called an effort to get his financial records “a political prosecution” by “corrupt New York” after the Supreme Court ruled investigators in the matter could move forward.

Writing in subsequent messages, Trump said, “We have a totally corrupt previous Administration, including a President and Vice President who spied on my campaign, AND GOT CAIGHT (sic)…and nothing happens to them. This crime was taking place even before my election, everyone knows it, and yet all are frozen stiff with fear.”

He also took a shot at the Senate Judiciary Committee, led by Sen. Lindsey Graham (R-SC), and Obama-era intelligence officials who spearheaded previous investigations into his administration: “No Republican Senate Judiciary response, NO ‘JUSTICE’, NO FBI, NO NOTHING. Major horror show REPORTS on Comey & McCabe, guilty as hell, nothing happens. Catch Obama & Biden cold, nothing. A 3 year, $45,000,000 Mueller HOAX, failed – investigated everything.”

Trump subsequently deleted the tweet before posting a message singling out former President Barack Obama and former Vice President Joe Biden, writing, “We have a totally corrupt previous Administration, including a President and Vice President who spied on my campaign, AND GOT CAUGHT.”

In your opinion, which Supreme Court decision has the most significant implications?

As always, let us know your thoughts in the comments below!

Why are these other crooks not charged with anything, but President Trump is under constant watch at all times. He must be doing something right. All these judges, Democrats, want to run him through the mill, but Biden, Graham, Obama, Comey, Mueller, Shift, Nadler, Pelousi, Hillary, and many others nothing happens. Really amazing. Just proves how corrupt all these individuals, people in power are. There seems to be no offense for anything they do. I guess these military personnel are always doing things wrong though too. They need to go to jail if they do something wrong? Congress doesn’t. There is so much corruption everyone is covering for everyone else in politics. What a life. W.S.

They were elected to their offices and they continue to get re-elected. So who’s at fault? I submit that it is the ignorant voters that elect them that are fault.

Everyone of those crooks are looking out for each other it makes me sick Graham is the biggest of all he is sneaky as a snake!!!!

They are ALL “sneaky as snakes”, that is how they got to where they are! And, We the People are DUMB enough to keep putting them there. Yes, lindsey graham is one of the biggest, if not THE biggest RINO of all; he opposes Trump at practically every turn. Must be he gets one of those BIG soros paychecks like the rest of the NEVER TRUMPers!

I will still vote for Trump regardless of what these crooks do or say. Sounds a lot like 1862 doesn’t it.