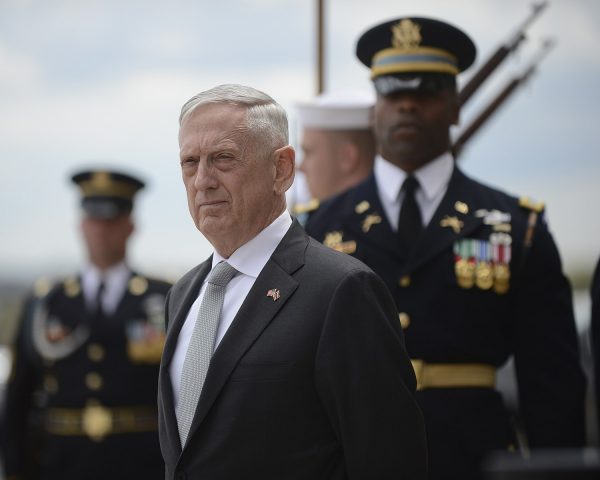 Former Trump Secretary of Defense, retired General James Mattis, ignited a political conflagration when he penned a scathing article about his old boss handling the unrest in America.

It’s rather unfortunate since nothing can take away from Mattis’ distinguished military record. His troops were devoted to him. But his time spent with D.C.’s elite since leaving the White House seems to have infected him with Trump Derangement Syndrome.

“He begins by saying very nice things about the protesters, that they want equal justice under the law, we all want that,” Murdock began. “Then he has this amazing sentence, ‘We must not be distracted by a small number of lawbreakers.’

“What? Are you kidding me? We are not just talking about a couple of people [who] broke away from peaceful protests, put a little bit of shaving cream of the windshield of a police car, something like that,” he added. “We’re talking about massive looting, attacks on everything from Target to Macy’s to Rolex.”

“Mattis, as a member of the Cabinet, was at the State Of The Union — he was sitting in the front row — when Donald J. Trump said this [in] 2018: ‘I want to talk about what kind of future we are going to have, what kind of nation we are going to be. All of us together as one team, one people and one American family,'” Murdock said. “That seems like an effort to try to unify us.

“Then you look at the policies he supported. For example, supporting historically black colleges and universities, providing federal funding, finding corporate sponsors to help with their apprenticeship programs,” he went on. “I think the huge thing he’s done is to try to unify the country.”

These States Are Prosecuting Rioters
Liberal City Is Experimenting With Socialism, and It Is Failing Miserably

MY REPLY ADDRESSES THE ARROGANT PEOPLE FEEL LIKE WE NEED TO SEND BALLOTS FOR VOTING TO THE PEOPLE DUE TO THE CHANCE OF RETURN OF THE COVID-19. BUT WHAT I SEE AT THIS MOMENT IS 10’S OF THOUSANDS OF PEOPLE ALL OVER AMERICA ON TOP OF EACH OTHER PROTESTING. NOW AM I CRAZY IT I WRONG TO MAKE PEOPLE COME TO A FACILITY WITH ID TO VOTE AND WITH MADE SHIFT LINES 6′ APART BUT DO NOT HAVE TO DO AT PROTESTS. I AM REALLY TIRED OF THIS SHIT. I AM AN AMERICAN AND AMERICANS LIVES COUNT/IF YOU DO NOT LIKE THE WAY OUR COUNTRY WORKS I DO NOT UNDERSTAND WHY YOU ARE STILL HERE. GO TO CHINA/GO TO IRAN/GO TO N.KOREA GO TO ANOTHER COUNTRY (NO ONE CARES ABT YOU SO JUST GO) LIVE IN ONE OF THOSE KINDS OF COUNTRIES AND SEE HOW YOU LIKE IT AND IF YOU LIKE, THEN TAKE YOUR AMERICAN ASS AND SEE IF YOU CAN MAKE THAT COUNTRY INTO WHAT YOU HAVE HERE MY GUESS IS NO BUTTTTT I CHALLENGE YOU TO TRY IT. HEY DO IT!!!! I WISH YOU THE BEST YOU ARE SUCH A BIG BAD BOOGY BEAR WHAT HAVE YOU GOT TO LOSE

Can you read enough to see what website you are “contributing” to?

I am making a good salary online from home.I’ve made 97,999 dollar.s so for last 5 months working online and I’m a full time student. I’m using an online business opportunity I’m just so happy that I found out about it………Click More