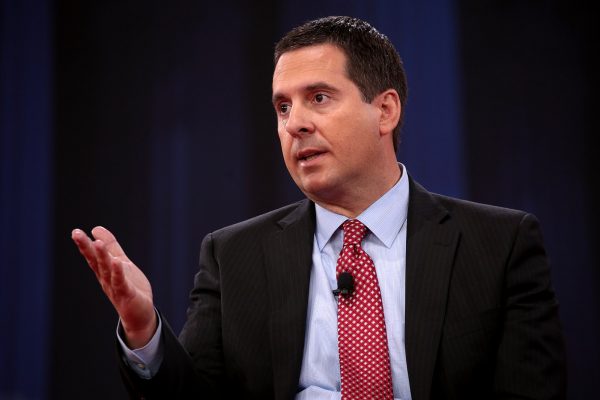 Nunes has gained prominence as the ranking member on the House Intelligence Committee and a reputation as a stalwart defender of President Trump.

Referring to former special counsel Robert Mueller, Nunes said: “We’re looking at doing criminal referrals on the Mueller team, the Mueller dossier team, the Mueller witch hunt, whatever you want to call it. That’s where we are now in our investigation.” Nunes made his remarks in a special new episode of Fox Nation’s “Witch Hunt,” hosted by Fox News legal analyst Gregg Jarrett.

Now in the wake of the Justice Department’s decision to drop charges against former Trump National Security Adviser General Michael Flynn, Nunes is turning his attention to the conduct of the special counsel, who was appointed after President Donald Trump fired FBI Director James Comey.

“We’re doing a large criminal referral on the Mueller dossier team that put together a fraudulent report — that knew there was no collusion the day that Mueller walked in the door,” said Nunes. “They set an obstruction of justice trap. There’s no doubt in my mind that we will make a conspiracy referral there.”

Spam is not welcome anywhere and : may the fleas of a Thousand Camels infest Your armpits.

I would have aimed for the crotch.

At this federal level merely being involved in a CONSPIRACY begets a Ten Year prison term—-the leaders should be hanged.

President Donald John Trump should become a Three term President as he has been hamstrung for His 1st Term.

Amen to that thought.

After the first week of the Mueller sham they knew it was a sham so they all should be forced to return the salaries they collected from we, the taxpayers!

communist lie and spend other people’s money. They would be shot IF Amerika were not socialist evil empire, but a republic

America was scammed by these traitors, put them all in jail and make them payback all they spent on nothing!

Add to Your comments this: the MEDIA has been a party to this (over Three Year) CONSPIRACY and OUR FCC should look into pulling the licenses of several MEDIA outlets for involvement in a coup to take down a sitting United States President. Why give licenses to dealers in PROPAGANDA????