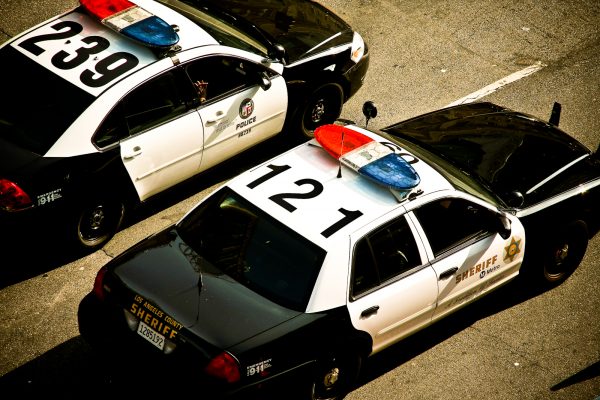 One of the terrifying attacks was caught on camera and subsequently posted on social media.

An LAPD spokeswoman confirmed to Fox News on Thursday that three suspects are still being sought following the incident that happened just before 10 p.m. Tuesday outside a sushi restaurant in the 300 block of North La Cienega Boulevard in the Beverly Grove area.

The Anti-Defamation League of Los Angeles is offering a $5,000 reward for information that leads to the arrest or conviction of the individuals responsible for the “anti-Semitic assault.” As violence in Israel and the Gaza Strip has intensified in the Middle East, video from Los Angeles shows members of a car caravan flying Palestinian flags while driving by the sushi restaurant’s outdoor dining section.

The Los Angeles Times reported that a witness, who asked to remain anonymous for safety reasons, said some people from the caravan threw bottles and chanted “death to Jews” and “free Palestine.”…

Several vehicles stopped, and men who got out began running toward the tables and began asking “Who’s Jewish?” the woman said. KTLA-TV reported that another witness, who also was not identified, said fighting erupted when two men replied that they were.

It appears that vicious antisemitism has now come to America, and in the name of a cause which many Democrats uncritically support.

ALL decent and patriotic U.S. Citizens stand with Israel.

I guess I’m not decent. I don’t give a damn for that sand pile. They can handle their own skirmishes and cultural processes without our help. Americans have to focus on our own issues, and stop messing around with foreign countries, particularly BELLIGERENT foreign countries.

some good old gun carriers should have pulled out a weapon and shot those palestine mob members, American Christians should forever SUPPORT ISRAEL and our representatives in office should remember that.

Read the history of the Bolsheviks.

Ignorant tools. If they are ‘pro Palestine’, they are essentially pro jihadist Hamas and its little sister, Palestinian Authority. Neither care about the Palestinian civilians they deliberately put in harm’s way and hide behind. They are evil, and anyone who supports them are complicit in their crimes against humanity.