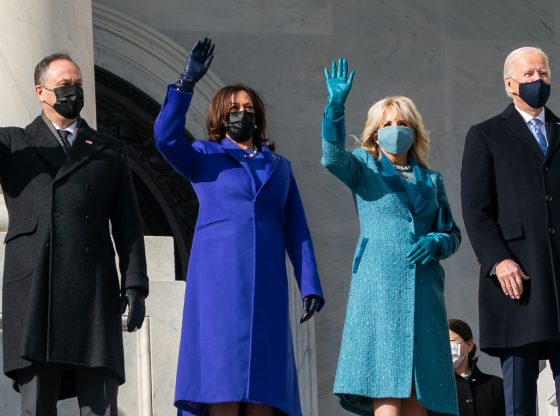 In 2019, then-Sen. Kamala Harris (D-CA) went for the jugular with her attack on former Vice President Joe Biden during a Democrat debate.

She blasted his opposition to busing children to desegregate schools, telling him, “I don’t believe you are a racist,” but “I also believe, and it’s personal—it was hurtful to hear you talk about the reputations of two United States senators who built their reputations and career on the segregation of race in this country. And it was not only that, but you also worked with them to oppose busing. And, you know, there was a little girl in California who was part of the second class to integrate her public schools, and she was bused to school every day. And that little girl was me.”


Now, new details are coming out about Dr. Jill Biden’s profanity-laced tirade following the debate, where she reportedly blasted Harris, telling supporters during a call, “With what he cares about, what he fights for, what he’s committed to, you get up there and call him a racist without basis?” She added, “Go f— yourself.”

Politico reports that Jill Biden “couldn’t bear to watch a woman who called herself a friend of her son’s—although Beau was not her biological child, she’d raised him his entire life as if he were—try to tear her husband down, to score a point at a debate.

Also, during the debate, Joe Biden reportedly leaned over to fellow candidate Pete Buttigieg, who now is the Department of Transportation secretary, and said, “Well… That was some f—ing bulls–t.”

Now, Harris sits in the vice president’s office in the Eisenhower Executive Office Building while Jill Biden sits in the White House as the first lady. Once bitter enemies now joined at the hip in the Joe Biden administration.