Chinese Disinformation Against US Deflects From Wuhan Biolab 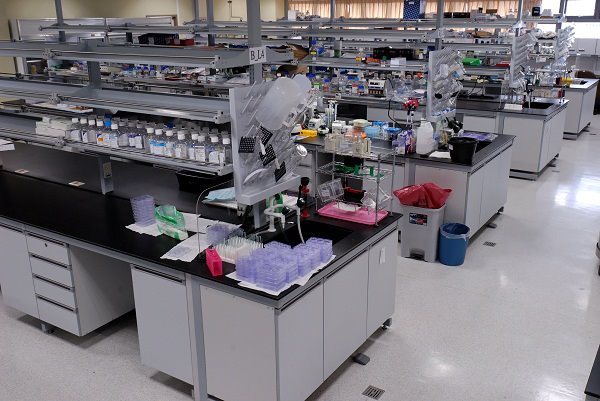 The Chinese Communist Party (CCP) seems to be ramping up its disinformation campaign against the US in order to deflect from the shady origins of the Coronavirus (COVID-19) in Wuhan, China. A Chinese Foreign Ministry spokesman last Thursday made the outrageous accusation that the U.S. Army may have sent the COVID-19 to China, giving it official weight and generating headlines in major media.

Zhao Lijian, spokesperson and deputy director general of the Foreign Ministry information department made the claim on Twitter, which is banned in China. “It might be U.S. army who brought the epidemic to Wuhan,” he wrote. “Be transparent! Make public your data! U.S. owe us an explanation!”


According to Free Pressers, in recent weeks the Chinese government appears to have backed away from the Wuhan market theory as the virus origin and shifted to claiming the virus was introduced into China from abroad. While the origin of the Coronavirus remains a mystery, it first surfaced in early December when the first victims developed viral pneumonia and many, but not all, had a link to a wild animal market in Wuhan.

However, as the animal market theory loses credibility, this CCP disinformation appears intended to deflect attention from the fact that the center of Beijing’s biological weapons program is based in Wuhan, very near the outbreak epicenter.

As was reported by The Washington Times in late January, Wuhan is the location of China’s sole declared Level-4 bio-containment laboratory at the Wuhan Institute of Virology. The lab is engaged in research on deadly coronaviruses and has been linked to China’s covert biological weapons program.

Adding credence to at least the possibility that the COVID-19 outbreak could have been caused by an accidental release from the Chinese Wuhan biolab, Chinese President-for-Life Xi Jinping on Feb. 14 told an emergency meeting in Beijing that a national system to control bio-security risks was needed “to protect the people’s health.” Xi called lab security a “national security issue.”

Meanwhile, Steven W. Mosher noted in a Feb. 22 report for the New York Post that “It sure sounds like China has a problem keeping dangerous pathogens in test tubes where they belong, doesn’t it? And just how many ‘microbiology labs’ are there in China that handle ‘advanced viruses like the novel coronavirus?’”

In all of China there is only one such facility, located in the city of Wuhan “that just happens to be . . . the epicenter of the epidemic,” Mosher noted.

The U.S. government has provided some pushback to this Chinese propaganda. White House National Security Advisor Robert O’Brien last Wednesday, called out the Chinese for mishandling the virus outbreak. “This outbreak in Wuhan was covered up,” O’Brien said, noting that the cover-up delayed a global response by two months.

We can expect more disinformation coming out of China in the next weeks and months about the origins of COVID-19, but attention should increasingly be focused on Wuhan, China, especially on the Chinese government Level-4 bio-containment lab at the Wuhan Institute of Virology.

China is guilty of using Biochem warfare on us and that’s that.
The Prez should act accordingly toward China – what they meant for us to go into an economic collapse is what they deserve and all the dead that go with that.

Time to give these disgusting no good subhumans what’s been coming for years and just what they need, a total collapse of their economy and system. If this isn’t the last sdtraw, I sure don’t know what is. the chinese have been doing SHIT like this for years and this it, period! Time for the USA to divest all business doings in china and bring the jobs these disgusting bastards have stolen over the years back to the USA. and as for all chinese nationals living here in the USA, time to go, back to china immediately and absolutely no more tech visas issued to chinese as 100% are spies and anyone caught spying for china, the death penalty. No more namby pamby BULLS**T and dealings with these bastards who aren’t friends of the USA, never were friends of the USA and never ever will be friends of the USA. All businesses shall divest all interest in china and return the jobs out sourced to china or face stiff fines and if they go bankrupt, tough SHIT. This is the only way yo deal with traitors to the American way. Time for the world court to issue economic sanctions against china for this deliberate release of this biological agent. Anyone thinking this was an accident needs to wake up go back to school and get their heads out of their asses NOW! The USA doesn’t need china and will do fine without china. What has china done for the world and the USA other than flood the place with cheap poorly made substandard crap, foods unfit for humans and animals and all this filth and disease. Who here’s sick and tired of all this BULLS**T from china?

The UC from the US Army Veterans supports you 100%