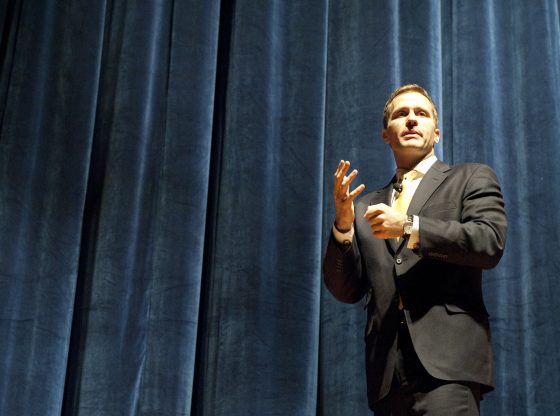 Eric Greitens, the former Governor of Missouri and current candidate for Senate, is now in major political trouble now that his opponents are using shocking allegations of abuse against him.


Greitens has consistently been a frontrunner for more than a year, data from RealClearPolitics showed. The latest polling has 39% of voters backing Attorney General Eric Schmitt, followed by U.S. Rep. Vicky Hartzler with 25% and Greitens with 18%, according to a poll sponsored by The Hill and Emerson.

Several anti-Greitens political action committees have formed to combat the former governor’s appeal and thrown millions of dollars into advertisements to shift public opinion, according to data from OpenSecrets. Several GOP insiders told Politico they feared Greitens could win the Republican primary but ultimately lose the general election in an otherwise safe seat due to his alleged controversies.

In 2018, Greitens resigned as governor of Missouri after allegations came out that Greitens had allegedly tied up his hairstylist in his basement and allegedly sexually assaulted her, coupled with a campaign finance violation of using emails from his private non-profit to fundraise, according to Politico.

Sheena Greitens, the former governor’s ex-wife, recently testified under an affidavit that Greitens physically assaulted her and their three-year-old son while they were married during an ongoing custody battle, according to Politico. Greitens denied the accusations, claiming they were politically motivated.

Eric Schmitt is out with a new ad where he attacks Vicky Hartzler for voting to give amnesty to illegal immigrants and Eric Greitens for domestic abuse allegations. pic.twitter.com/g8BniGpxyv

Greitens released a controversial ad in June of this year which garnered national attention and showed him going ‘RINO Hunting’ with a shotgun.

Seven million barrels of oil sold from our National oil reserve, that has been sold to China and still climbing “why” ? Is this causing a National Security issue for the US ? who is making these saleS? at what cost ? here again why?

It has the smell of Democrat/Communist Party slime mining looking for any tiny fact to twist and accelerate the power of the left wing lies.

Here we go again!! The slimeball democrats accusing those of sexual assault like they did with President Trump and everyone else!! Same old crap!! She has already denied this so it isn’t true as usual, but I’ll bet the accusers are the guilty ones!!! They are a bunch of filthy minded trolls with all of their filthy sexual accusations!! GOD IS IN CONTROL AND THEY WILL FAIL!!!!!