Rand Paul Fights Back After Ukraine Puts Him on ‘Blacklist’ 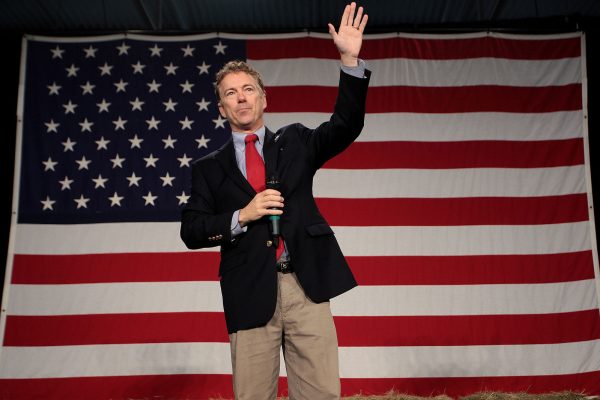 Senator Rand Paul is now fighting back after being placed on Ukraine’s ‘blacklist’ of what it claims are those involved in ‘Russian Propaganda.’


Kentucky Sen. Rand Paul, after being blacklisted by the Ukrainian government, told the Daily Caller that his “loyalty” remains with the United States.

Paul was included on a lengthy list of individuals accused by Ukraine of spreading “Russian propaganda.” Former Democratic Hawaii Rep. Tulsi Gabbard was another notable U.S. lawmaker that made the list. The two have been critical of U.S. aid to Ukraine, with Paul suggesting back in April that President Joe Biden – along with other past presidents – coaxed Russia into invading by pushing Ukraine to join the North Atlantic Treaty Organization (NATO).

“While I have repeatedly said my sympathies lie with Ukraine, my loyalty is to the United States,” Paul said. “My oath of office obligates me to defend the United States and that includes defending our country from incurring massive new debt no matter how worthy the cause.”

Paul delayed a $40 billion Ukraine aid package in May, prompting pushback from members of both parties. Paul argued at the time that “we cannot save Ukraine by dooming the U.S. economy.”

Is Paul really an agent of Russian propaganda, or is Ukraine and its leadership making false accusations against real American patriots? Let us know what you think in the comments below.
Advertisement
Draft DeSantis for 2024! [CLICK HERE]

I think I’ve heard just about enough of Ukraine.

Rand Paul is a patriot.

Way too much money is being sent to Ukraine, with weapons, everything and it looks too murky with no type of assurance and checking that everything goes where it should go and why is it, again, that the United States is the one to donate the majority? My sympathy to the people of Ukraine but the government in that country has for over a decade been noted worldwide on the list of largest corruption.

US has been aiding World communism & fascism for a couple hundred years at least. We have been lied to all along.

You are exactly right . also I’m sure that some of that money will make its way to the pockets of these denomic demos .. remember they are never on the side of rightousnes