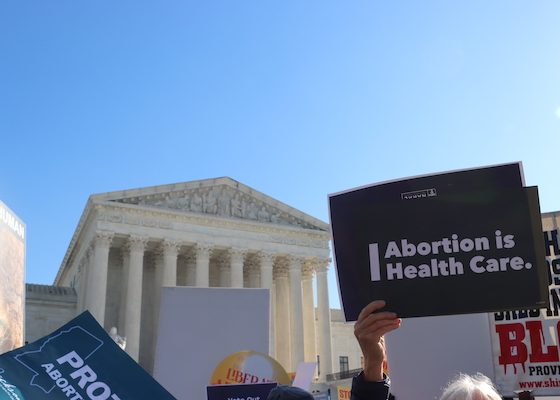 Photo by Christopher O'Neil
| Michael Brigham | Politics | 25
Advertisement
HELP! Take Back Our School and Save Our Children From Liberal Indoctrination [ACT NOW!]

Law enforcement officials are warning of a national wave of domestic terrorism by liberals as a pro-life organization has been firebombed and a United States Supreme Court Justice and his family have reportedly been forced into hiding.

“The National Fusion Center Association, representing dozens of intelligence-sharing hubs around the country,” hosted a conference call last week, POLTICO reports, “which included state and local law enforcement officials along with officials from the FBI and Department of Homeland Security. The call focused on threats that have metastasized in the wake of POLITICO’s publication of an initial draft opinion that indicates the Supreme Court could overturn federal abortion protections, according to two people on the call who described it to POLITICO.”


“These concerns come as federal judges have faced skyrocketing threats in recent years, and as the Justice Department’s top watchdog has warned that the U.S. Marshals Service does not have the resources it needs to keep those judges safe,” POLITICO reports.

Since then, the violence has only grown, with federal authorities even taking a Supreme Court justice and his family into hiding as liberal mobs now target the homes of judges with whom they disagree.

Marxists try to disrupt Mass at Cathedral of our Lady of the Angels. Security, ushers and parishioners said they were not having it.#cathedral #Catholic pic.twitter.com/HlN8yHxPKL

Seattle: Pro-choice protesters ignored warnings to stay away from St James Cathedral but they continued to move on the property. One of them grabbed a security man’s arm before she is pushed back. Video by @KatieDaviscourt:pic.twitter.com/OStU9i4tIX

“Criminals sharing abortion-rights sentiments targeted a church in Boulder Tuesday night, smashing windows and spray painting Sacred Heart of Mary Church in Boulder. The Catholic church, and the Archdiocese in Denver, said the vandalism to the property will cost thousands of dollars to repair,” Denver’s CBS4 reports.

“Parishioners of the Boulder County church showed up for morning mass to find anti-catholic and abortion rights messages spray-painted on their buildings. Windows were smashed, and messages of universal healthcare were also left on sculptures,” CBS4 reports.

“This was the second time in less than a year that Sacred Heart of Mary was targeted by vandals. (Archdiocese spokesman Mark) Haas said 30 local Catholic churches have been vandalized in the last two years.”

Get Security, arm up, Lock & Load

I would stand my ground and protect my house

If not bullets, how about shotguns loaded with rock salt? Just pick them up later in the ER!

No surprise here! The pro-abortion crowd is just like blm and antifa, if they don’t like a ruling then they will “peacefully” march in protest, all the while burning or destroying both public and private property along the way. There are your domestic terrorists!

Absurd! Activate our ‘strengths’ as we have helping other countries. I cannot believe these demonstrations are considered PEACEFUL!

NEWSPEAK allows for the pieceful term.

Only by Left-wing would be communist dictators. Time for all these Communist backed organizations to be removed.

I can only guess the end game that is being orchestrated here. But reality is that political turmoil is here, and turning violent quickly. Buy food and stockpile for your family. Self defense next. We are governed by dizzy individuals now, with no moral rudder. No end to political and social infighting until some sort of truce comes about. Very sad for our country that thugs rule and overrun police protection by order of liberal mayors and governors. But they will be held accountable by voting citizens, and possibly by courts of law. Stand by and stay safe.

Who said they were?

Only considered peaceful because the mostly Demorats are the ones doing these criminal acts. Look at what has happened when the reds have tried to do something about wrongs they are doing. ,Jan.6 2020.