Dana Perino Shreds AOC During Impassioned Segment of ‘The Five’ 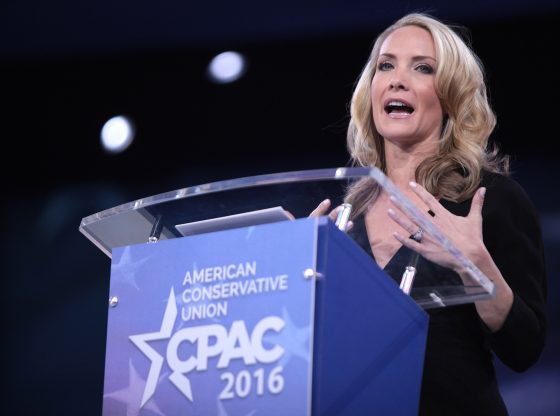 Fox Host Dana Perino took aim at far-left congresswoman Alexandria Ocasio-Cortez during a segment of ‘The Five’ on Tuesday.


“The radical left coming up with the most ridiculous excuse yet for the surge in crime: baby formula. Yeah, Jesse Jr.’s drink of choice is apparently causing people to steal like crazy and savagely murder innocent people without remorse,” Watters said, attributing the “asinine claim” to Ocasio-Cortez.

“She drives me insane. This makes me so mad,” Perino began, and her cohosts laughed.

“It’s not Jean Valjean out there stealing bread, we’ve seen the smash and grabs. And also, why isn’t AOC commenting about the women being targeted in New York City? Where are you? Where are you on that?” Perino asked. “The woman who was murdered in her room by the homeless guy, three priors, living in a homeless shelter is not waiting on the child tax credit. That is not why he followed her into her room, stabbed her to death, and hid under her bed.”

“She’s not serious. She thinks she’s too good for Congress. Maybe, she will figure out a way where she wants to do something else. She already says that she does not make enough money there. It’s hard when you have a Tesla, $174,000 a year. She said Democracy would end back in ten years, but three years ago, she said the world was going to end due to climate change, meaning we have about nine years left. Thankfully, according to her math, the world will not exist by the time democracy runs out of the hourglass.”

Cortez had previously claimed that one of the major contributors to America’s new crime wave was the end of the Child Tax Credit.

The majority of Congress are political activists not representing the people, but representing their supporters and their own causes. Americans should research their candidates before voting.

She’s lucky that you don’t have to take an I.Q. test to serve in congress. If they did it would be free of Democrats.

Oh but she did take an IQ test . She passed . But what she didn’t know was that the IQ stood for “Idiots Quotient” . 🥴

LOVE LOVE THAT QUOTATION,AOC IS A SHAMELESS SHE GOAT.

I heard she took an IQ test, and it came back negative. Just sayin’.

Well, one can also be like Neville Chamberlain: IQ off the charts, a distinguished scholar but entirely devoid of WISDOM and common sense.

Dana Perino is right on target. AOC is one of the worst congressional people to ever be elected. AOC and THESQUAD are the four most disloyal, liars, racists to ever get elected to congress or did they….with the corruptness in the voting machines ( YES PROVEN, CORRUPTION) they may have been put in congress by illegal voting machines. IT IS TIME TO TAKE THESE PEOPLE OUT OF CONGRESS. THEY HAVE NO PRACTICAL CORPORATE EXEPERINCE IN THE BUSINESS WORLD AND IT SHOWS WITH THE B.S. THEY TRY TO PEDDLE. THEY ARE A DISGRACE TO OUR WAY OF LIFE AND IF IF THESE ARE WHAT THE DEMOCRATS SUPPORT THEY ARE IN REAL TROUBLE.

They are purposely placed there…they are socialists/communists and they are back by shadowy radiclas like Soros and others..the aim is to wear away at the Constitution…keep de-educating the children so that they have no clue how our govt is supposed to function..keep re-zoning districts..keep attacking the election process until eventually there is no process..there is no choice…just one party rule…the democrats are commies in democratic clothing.This country will fall without a shot fired…without any resistance..it’s just a matter of time..and these rodents are the cancer eating away bit by bit until the country crumbles.