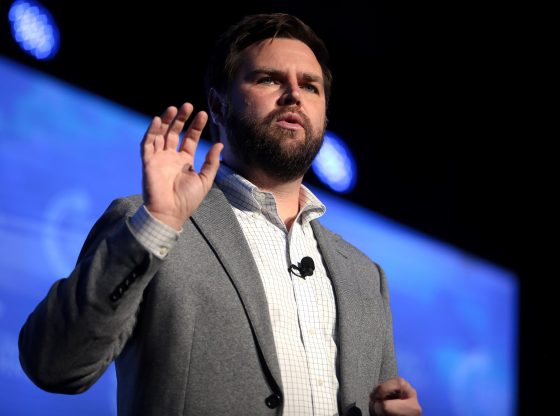 A new poll is showing bad news for J.D. Vance, a candidate fighting with several other high profile Republicans for the Ohio GOP nomination for Senate in 2022.


Coefficient poll of 613 likely voters found businessman Mike Gibbons leading a crowd of six candidates with 20% support and former state treasurer Josh Mandel in second with 18% support. The two other candidates who have received major media attention, former state Republican Party Chairwoman Jane Timken and Vance, were in fourth and fifth with 6% and 5% support, respectively. The poll, conducted from Feb. 6-8, had a margin of error of 3.9%.

Tony Fabrizio, a pollster who has been working for the pro-Vance Protect Ohio Values Super PAC, warned Monday that the “Hillbilly Elegy” author is perceived by many primary voters as too anti-Trump to gain their support. The Club for Growth, which supports Mandel, has run an ad campaign highlighting Vance’s work as a contributor at CNN and opposition to then-candidate Donald Trump during the 2016 presidential election.

A spokesperson for Vance did not immediately respond to the Daily Caller’s request for comment.

A December poll by The Trafalgar Group found Mandel in first place with 21% support and Vance in second with 15% support. That poll was conducted just before Gibbons launched a $10 million ad campaign. Gibbons, an investment banker, has loaned his campaign more than $11.4 million.

Former President Trump has so far refused to make an endorsement in the race.

Good author but that doesn’t make him good at anything else…..I am skeptical of this guy’s political views.

When he said he didn’t like Trump and would have to vote for Hellery, that’s all I needed to hear. I live in Ohio and I’m good with either Gibbons or Mandel. Good to see RINO Portman leaving!