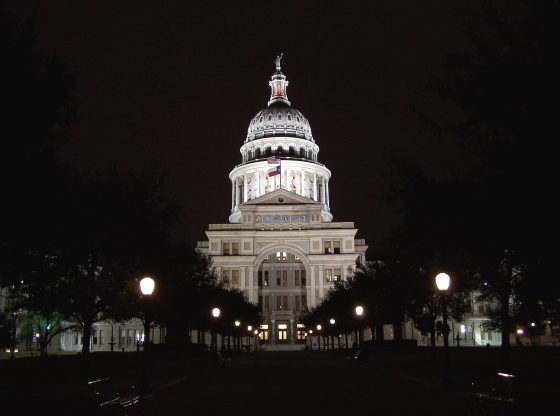 An activist judge in the ultra-liberal Texas enclave of Austin has now reduced bond for a dangerous child sex predator from 1 million dollars to only 50 thousand.

A homeless, convicted sexual predator, arrested in Austin, Texas, for felony sexual assault of a child had his bond set at $50,000 by a magistrate judge in late December, despite a previous judge having earlier recommended a $1,000,000 bond.

“It’s just unconscionable that a judge that took an oath to keep the community safe, to protect children, would do something that would take a known career criminal and violent predator and put him back out in the street,” Austin Police Department Senior Officer Justin Berry told Fox News. “It’s just appalling.”

Austin Police dispatched to a Dec. 27 criminal trespass call where they reported witnessing Ronald Martin Jr., a convicted sex offender, “performing oral sex on what appeared to be a young juvenile male,” an affidavit reviewed by Fox News stated.

Police booked Martin on Dec. 28 into the Travis County jail on an open warrant for failure to register as a sex offender while they continued to investigate the new allegation. Martin, who is listed as a lifetime high-risk sexual offender by the Texas Department of Public Safety, has previous convictions for multiple child sex crime convictions, including at least one with a 7-year boy, according to the Texas Department of Public Safety.

The judge had previously identified the victim as a 14 year old boy whom Martin had allegedly sexually assaulted.

These types of judges should automatically be removed from the bench for failure to up hold their Oath.

Dunno if judges in Texas are elected but if so they need to toss this asshole pronto.

I know in my state they’re elected but the problem is when you go to investigate these people, check there back rounds voting records etc. there’s such limited information about them it makes it extremely difficult to figure out who they really are

If they have the name of ‘gonzales’ or ‘lopez’ or any of the first names of ‘jesus’ or ‘jose’.

It’s Austin. He’ll get an award for reducing the jail population.

Look for the name ‘gonzales’ or ‘lopez’ or any of the first names of ‘jesus’ or ‘jose’.

We need the media in their faces with cameras to demand why he would allow that to happen! But alas the media protects the evil ones.

This ‘judge’ no doubt has the name ‘gonzales’.

That judge is a total asshole and bastard.