To Counter China Pentagon Looking at Hypersonic Transports and Spy Planes, as Well as Weapons 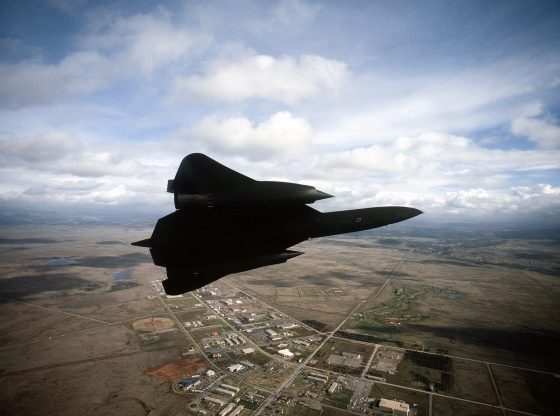 China’s recent test of a hypersonic glide vehicle that flew across the world and into space at record speeds has shaken the Pentagon. This ‘Sputnik moment’ is refocusing attention on the need for the U.S. to catch up, or surpass China, in the hypersonics race.

To that end, it’s not just about weapons. The Department of Defense (DoD) is also looking at a wide range of other hypersonic capabilities.

“We’re very focused on closing the kill chain,” said Gillian Bussey, head of DoD’s Joint Hypersonics Transition Office, adding however, that at the same time “we are really trying to divide our resources equally across the programs and across the services.”

Therefore, she said, her office is looking at what might be needed to build the next-generation boost glide vehicles, coming in behind the Air Force’s AGM-183A Air-Launched Rapid Response Weapon (ARRW) and the Navy Conventional Prompt Strike weapon.

But hypersonic weapons are still at the forefront.

That includes DARPA’s classified Hypersonic Air-Breathing Weapons Concept (HAWC) program. HAWC, built by Raytheon Technologies, had its first successful flight test on Sept. 27. Few details have been provided, and Bussey also demurred — although she waxed optimistic about the program.

“We’re one step closer to transitioning HAWC to a program of record to offer a next-generation capability to the US military,” she said.

“We’re looking at having that fielded in the next year or two,” she said. The Army already has fielded launchers, trucks and other ground systems for training. “The only thing that’s missing is the missile,” she said. The Army has said it intends to deliver the first battery of LRHW missiles next year.

Bussey explained that the LRHW uses the Common Hypersonic Glide Body, which was successfully tested last year and now transitioned to the Army, as well as to the Navy for the Conventional Prompt Strike system which also is nearing fielding.

This leaves the Air Force’s ARRW (pronounced arrow) sort of out in the cold — stuck in the phase one concept development and initial testing stage. ARRW, being developed by prime contractor Lockheed Martin, is a hypersonic glide vehicle designed to be carried by a B-52 bomber. ARRW failed its first flight test in April, as well as a second booster flight test on July 28. Nonetheless, the service — for the moment, anyway — remains wedded to beginning production of the missile in 2022.

Isn’t it a little too late to try to build up our military? This should have been started under the Obummer administration.

Surrender is not a weapon, Joe!