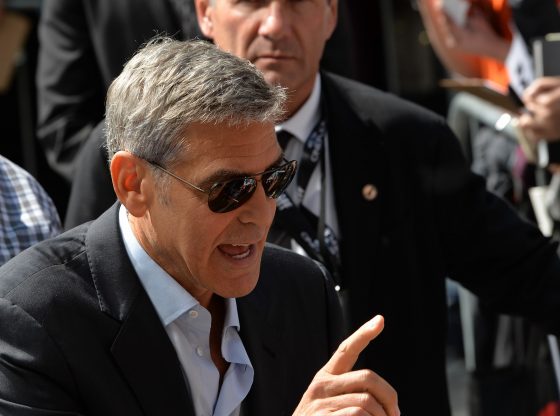 OPINION – In general I don’t agree with liberal actor George Clooney, nor seek his validation, but in this case he is right. And he agrees with my earlier comments that live rounds have no place on any movie set. Clooney said it was “insane” that there were live rounds on the set of ‘Rust’ – the western movie where Alec Baldwin fired the live round that killed the film’s director of photography, Halyna Hutchins.

In my analysis piece on October 25, I asked right up front – “First, why was there a live round in a “prop” gun?” Adding, “I personally can’t see any reason for there to ever be live rounds on a movie set.”


And Clooney, according to CNN, said:

Why, for the life of me, this low-budget film with producers who haven’t produced anything wouldn’t have hired for the armorer someone with experience. Maybe they weren’t even using that gun to do target practice [as has been reported], but they had live ammo with dummies in her pack and that is insane.

In my view, having live rounds on set in any way is the most important failure in this case.

The second was the inexperience of the set’s 24 year old armorer, Hannah Gutierrez-Reed, which I noted in my first piece as well. In this case she apparently loaded the live round into the old revolver along with dummy rounds which look real, but have the power removed.

The live round was mixed in with dummies in the box she took them from.

Clooney accused Rust of ‘skimping’ on costs which led to the hiring of the inexperienced armorer, in an apparent dig at Baldwin who was a producer on the film.

“I’ve been on sets for 40 years and the person that hands you the gun, the person that is responsible for the gun is either the prop person or the armorer. Period,” said Clooney.

All these issues, as I explained in my second piece, implicate Baldwin to a degree since he was one of the movie’s major producers. As I noted: “Can Alec Baldwin Be Charged with Manslaughter Over Movie Set Shooting? Maybe Not, – But it was His Movie.”

And sure enough, Baldwin is now being accused of negligence and sued for his role in the fatal incident – named along with other producers in a lawsuit by the film’s head of lighting Serge Svetnoy.

But then there also is the basic gun safety issue on set. This is an issue I have had reservations about blaming Baldwin on, since I can’t understand how an actor is supposed to know if a prop gun has dummy rounds or almost identical live rounds in it.

And Clooney does make this point as well. According to the Daily Mail he said, “the problem is, dummies are tricky. Because they look like real bullets. They’ve got a tiny hole at the back where someone has taken the gunpowder out.”

However, Clooney also shared the protocols he said people in the industry are supposed to follow adding that “Every single time I’m handed a gun on set, I look at it, I open it, I show it to the person I’m pointing it to, we show it to the crew, every single take you hand it back to the armorer when you’re done, and you do it again.”

‘Maybe Alec did that, I hope he did,” added Clooney.

Clooney added that he even fires the gun six times into the ground before handing it back to the armorer after each scene. The actor said it’s been that way since his friend, actor Brandon Lee, was accidentally shot and killed on the set of “The Crow” in 1993.

“After Brandon died, it really became a very clear thing,” Clooney said in the Mail. “Open the gun, look down the barrel, look in the cylinder, make sure.”

Well Whoop-Te-Doo. If Mr. wonderful thinks so, I guess anyone would be stupid to doubt it.

Georgie is STILL a liberalIDIOT

Hey Baldwin, you took a life, try to become a man and take responsibility for your actions, and take the consequences also.