Only 6% Of Africa Is Vaccinated, So Why Has COVID-19 Barely Affected The Continent? 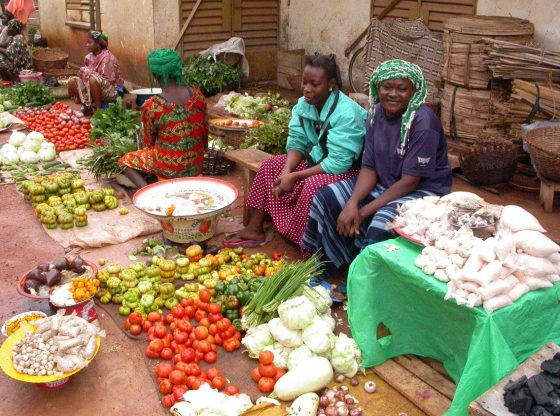 Scientists are mystified why the second most-populated region in the world has experienced the second-lowest number of coronavirus deaths.

Africa has a population of 1.3 billion people, and only 6% of the people are vaccinated. According to WHO, over a million people in North America have died since the beginning of the pandemic, while the poorest continent in the world has only seen around 152,000 deaths.


Scientists had previously issued dire warnings about the disaster that would ensue as the pandemic swept through Africa’s vast population, with its minimal healthcare systems and underdeveloped infrastructure, but the continent is thriving and medical researchers are perplexed.

“Africa doesn’t have the vaccines and the resources to fight COVID-19 that they have in Europe and the U.S., but somehow they seem to be doing better,” said Columbia University global health chair Wafaa El-Sadr.

Though it has been acknowledged that the low numbers coming out of the continent could be due to few reporting systems, scientists say that poor data collection isn’t the reason Africa is described as “one of the least affected regions in the world” by the WHO.

Researchers have several hypotheses going about the phenomenon. Some have pointed out that age may be an important factor, with the median age of most Africans around 18 years old, while most Americans have 20 years on them. 18-29 year olds are the most likely to survive COVID-19 infection, while 65-74 year olds are 90 times more likely to die.

Last week, researchers in Uganda said they found a surprising connection between malaria, which runs rampant in the area, and COVID survivors. Scientists expected to see “a higher rate of negative outcomes,” but were “quite surprised” to find out that prior malaria exposure may “blunt” the effects of COVID-19.

Devi Sridhar, chair of global public health at the University of Edinburgh, thinks Africa’s strategy for the pandemic could be behind the positive outcome.

“I think there’s a different cultural approach in Africa, where these countries have approached COVID with a sense of humility because they’ve experienced things like Ebola, polio and malaria,” he commented.