Radical Dems and Their Proposals Lose Big in Minneapolis and Buffalo 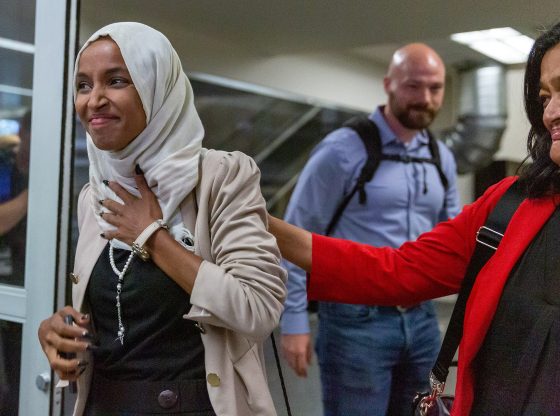 Radical Democrats and their socialist allies lost big on Tuesday night, and not just in Virginia where Glenn Youngkin handily defeated former Clinton ally Terry McAuliffe to win the governorship.

In Buffalo, New York socialist candidate India Walton appears to have fallen to a write in campaign spearheaded by incumbent Democrat Byron Brown.


Brown was defeated by Walton in the Democratic mayoral primary only to return and run against Walton as a write in candidate, a feat which is usually incredibly difficult to pull off but which he seems to have accomplished:

As The Buffalo News reports:

Byron Brown, considered politically dead by many following his stunning defeat in the June primary for mayor of Buffalo, appears to have resurrected his long career as he claimed victory Tuesday in his bruising write-in campaign against Democratic nominee India Walton.

The growing accumulation of write-in votes point to a significant lead for Brown and the first time any Buffalo mayor has won a fifth term. Walton refused to concede, but that did not stop Brown from proclaiming victory at around 10:30 p.m. to cheers at his Washington Street headquarters.

“At the very beginning, they said we can’t win, that it was impossible to win as a write-in,” the mayor shouted to cheering supporters. “But you know, you can never count a Buffalonian out.

The apparent defeat of Walton is significant as she ran on a platform of radical socialism which included defunding the police and enjoyed the endorsements of high profile democrats like far-left Senators Bernie Sanders and Elizabeth Warren.

The huge red wave that went through the 2020 presidential continues!!!

Imagine the red wave in 2018 and 2020 and then globalists started to count their voter fraud and appoint/reappoint their globalist puppets; demonrats and rinos .

So true. If they can’t cheat the dimwit nitwits can’t win!

Now deport omar the Traitor to the American People and the Constitution.

ABSOLUTELY!!! GET RID OF THESE PARASITE INVADERS ONCE AND FOR ALL, DAMNIT!!!
YOU ARE LIKE ALL BAD INVASIVE SPECIES___ NOT WELCOME HERE!!!

Invasive species indeed, like kudzu, a parasitic plant that takes over by sucking the life out of its hosts.

YES! DEPORT HER! She hates Americans she hates Jews, Christians…… anyone who is not like her, doesn’t wear the same cloths, who worship the TRUE God etc…Another word, SHE DOES NOT BELONG HERE, AND NO ONE WANTS NOR LIKE HER! OUT WITCH!!