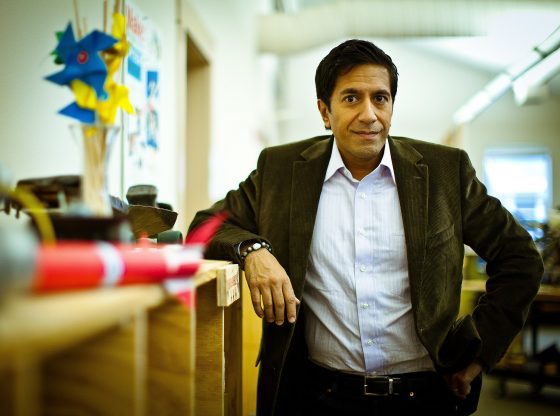 On Wednesday’s installment of “The Joe Rogan Experience,” Rogan grilled the doctor on why someone like him who already had COVID and has antibodies should get vaccinated.

“Why would they lie and say that’s horse dewormer?” Rogan asked. “I can afford people medicine motherf—er. It’s ridiculous! It’s just a lie! Don’t you think that a lie like that is dangerous on a news network when you know that they know they’re lying? … Do you think that that’s a problem that your news network lies?”

“Does it bother you that the network you work for out and out lied, just outright lied about me taking horse dewormer?” Rogan grilled Gupta.

“They shouldn’t have said that,” Gupta admitted.

"Does it bother you that the news network you work for outright lied about me taking horse dewormer?"

"They shouldn't have said that."

Rogan also went on to knock CNN for its refusal to cover his subsequent recovery, which occurred after taking the prescribed medication.

Never believe anything that comes out of a demoscum or liberal media members mouth, this is a good motto to live by and you will be better for it

GUARANTEED!
They are ALL like the drunk ol’ fisherman that stumbles in with his Tales and “the Truth is not in him.”

So many of the so-called medical experts have been bought and paid for. It’s a cryin’ shame. How many of them like Dr. Falsie are corrupt lickspittles who take the path of least resistance, violating their sacred Hippocratic Oaths? Oops, I mean hypocritic oaths!

Asking CNN to be honest is ridiculous. Rather ask your pet Dog . CNN is paid to lie by the CIA, and the CCP. All treasonous traitors who are paid Prostitutes