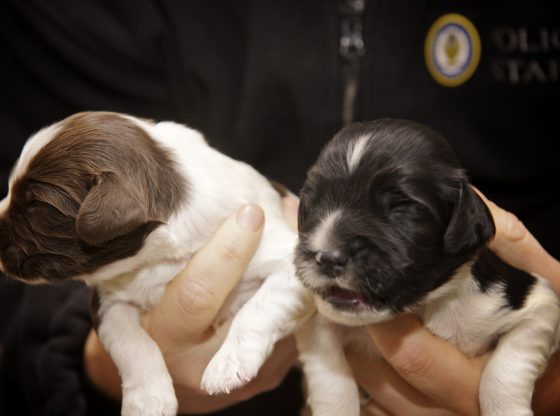 As part of Australia’s brutal mandatory COVID-19 shutdowns, officials in the state of New South Wales shot and killed 15 rescue shelter dogs, including 10 puppies, so volunteers would not have a reason to leave their homes.

“Lorraine Knezevic, a volunteer with Rural Outback Animal Respite/Rescue, said she arranged with the council to pick up the 15 dogs, including 10 puppies,” the Daily Mail reports.


But local officials, citing COVID-19 lockdowns, shot and killed the dogs and puppies to prevent Knezevic and other volunteers from leaving their homes.

“Bourke Shire Council, in the state’s north-west, killed the dogs to prevent volunteers at a Cobar-based animal shelter from travelling to pick up the animals last week, according to council’s watchdog, the Office of Local Government,” the Sydney Morning Herald reports.

“OLG has been informed that the council decided to take this course of action to protect its employees and community, including vulnerable Aboriginal populations, from the risk of COVID-19 transmission,” an OLG spokesperson claims.

Animal shelters and pounds were told they could continue operating, and shelter volunteers were observing all measures to avoid transmission of COVID-19, but government officials still ordered volunteers locked in their homes and the dogs killed.

“We are deeply distressed and completely appalled by this callous dog shooting and we totally reject council’s unacceptable justifications that this killing was apparently undertaken as part of a COVID- safe plan,” Lisa Ryan, of Animal Liberation, tells the SMH.

Archbishop in Charge of Pelosi Threatens Excommunication?
All of Gov. Gavin Newsom’s Most Despicable Supporters

Hope those officials that killed these dogs and puppies are prosecuted for their actions!!

I hope that these officials who commited an unforgiveable crime are prosecuted. I think
they should be killed themselves because they don’t deserve to live.

Death is too good for those MONSTRRS!!! But do it anyway!!

No way. The government can do anything and it’s getting that way here

No Experience Needed, No Boss Over il Your D Shoulder… Say Goodbye To Your Old Job! Limited Number Of Spots Open……. payit12.tk

Who else agrees that this dictator tyrannical craps has gone on way too long? They shoot PUPPIES!? What’s next? Their people? ENOUGH’S, ENOUGH! These NWO ghets have truly overstepped their boundaries. Let’s all take our countries back!!!!!

Remember the frog? You know, the frog in the pot of water that gets warm, then boils while the frog dies? These are processes, and they’re TELLING US how those processes are being implemented. It matters not what nation has been targeted for these agendas, they’ll all suffer the same fate. America has been targeted, and we’ll see OUR Puppies being killed–along with unborn babies being slaughtered in the bargain–by those who rub our noses in their wealth, political power and inviolable status.

Fauci is already trying to vaccinate children which will rend them sterile as adults. We are in the pot already.

I’m already shooting blanks but I’m not getting vaccinated

cant get any lower, scum bags are scum bags