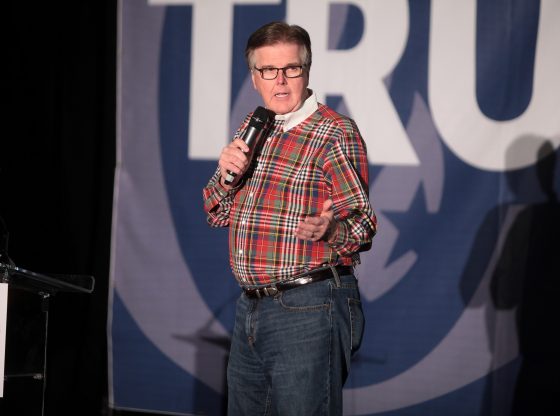 Texas Lt. Governor Dan Patrick hit back against the ultra-liberal city of Portland after it attempted to ban travel to Texas in response to the state’s ‘heartbeat’ law which is designed to protect unborn life.

The Portland City Council will vote Wednesday on whether to ban trading goods and services with The Lone Star State and barring state employee business travel as well.

The ban would stay in effect until the state of Texas withdraws the abortion ban or it gets overturned in court.

It’s comical that Portland mayor @tedwheeler is worried about Texas when his city defunded the police and he had to ask citizens to “take back the city.”

Texas is solidly #prolife and Texans support law enforcement. Meanwhile, Portland is a dumpster fire and Texas is thriving. https://t.co/wJnuCE1B86

Portland’s boycott comes as Texas has faced backlash over the abortion ban. The Supreme Court voted 5-4 last week to not take up an emergency challenge to block the bill.

Portland boycotting Texas is a complete joke. A city led by depraved officials allows lawlessness, putting their citizens in grave danger. A boycott will hurt them, not us. Texas’ economy is stronger than ever. We value babies and police, they don’t.

Patrick’s comments come as Texas is beginning to face increased pressure from the far-left over its decision to protect unborn life.

To be fair, it wasn’t all that difficult to come up with a comeback to Portland’s ridiculous threat. Then again, Patrick did do it in a more diplomatic way than most of us would have.

I have been purchasing and carrying Leatherman tools, which is headquartered in Portland, since the 1980’s. Even though I love these tools, I will have to think long and hard about ever buying another. From what I understand, Gerber and other pocket tools are also headquartered in Portland. It might be best if those companies made a move to another state, maybe Texas.

Ah, but when liberals are not the majority, and don’t have their crowd to back them up, they don’t show much courage. Texas can handle it.

big mistake as they will bring their liberals with them

I agree! More companies should abandon Portland and Oregon and move to a Red State where they will be treated fairly and live in peace and harmony, unlike the total wasteland that some blue states have become.