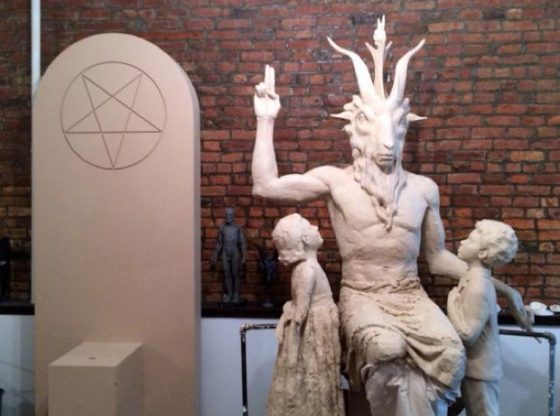 A group of Satanists in Texas is now demanding the ‘right’ to perform ritual abortions in Texas in defiance of the recent Texas ‘heartbeat’ law.


The Satanic Temple (TST) is challenging a Texas law that bans most abortions after a heartbeat can be detected in the unborn child.

The Satanists argue that the law restricts their right to free religious practice, referring to abortions as a “religious abortion ritual” and “a ceremony rooted in our deeply-held beliefs” on the TST website.

“This ritual may be performed by our members as a way to fortify self-worth, instill confidence, and provide spiritual comfort,” the TST website adds. “The performance of the Satanic abortion ritual is protected by religious liberty laws. It exempts Satanists from fulfilling any medically unnecessary and unscientific requirement, such as mandatory waiting periods or unwanted sonograms, that interferes with the practice of our ritual.”

On Thursday, TST announced that it was taking “legal action” in Texas to defend its members’ “religious rights.”

The Satantic Temple also later sent out a message directed at its followers in Texas encouraging them to procure an illegal abortion in Texas, promising to pay any potential legal fees that could result.

Well, it’s out in the open now. Abortions are satanic in nature and should be ruled murder. Yes, I’m pro life.

It’s no surprise that the Democrats are involved in Satanism. Everything they do is an attempt to destroy Christian values.

Not just christian values..American values in general. All the more reason they need to be destroyed.

American Values were ALWAYS Based on Christian Values, and That is Why we are Here Now as God is being removed from our Country

They are all Satans swamp dwellers!

Glad it’s out in the open now-DEMOCRATS ARE SATANISTS!

A few years ago I was flipping through the channels and came across a discussion with several people. I took time to listen to them briefly. They were the American atheist society. It was an election year and they were pulling for the commiecrats party. The commiecrats were formed when satan took a crap and they were what came out of him

Dman nad my religion says I should kill Satanists so that should not be a crime. Anybody want to join my religion? Just asking

I’m in. Would help cut down on global warming.

My religion says every individual who has equivalent values to satanists must be eliminated. since all democrats / liberals /progressives appear to have the same values as the satanists it sounds like open season.

Sally, Please be careful. The words that we write or come out of our mouths are powerful and affect the person saying them more than we think. Remember, you think it, you say it and you mean it. Then you are tempted to do it or to see it done by others. Don’t fall into that horrific temptation because you will be glorifying the very one whose worshipers you are upset with.

HMMM…murder has never been a protected practice for any religion in this country.

Quite a few young ladies from Salem Township, Ma would disagree with you.

That was a punishment for a crime, not murder.

first off Vlidilyich you must be really really bad at history. those were British citizens on British soil. V_L said “this country” Vlidilyich.

third as much as i think it was a railroad trial they did get put on trial and they were found guilty by a jury. Now i believe it was a brainwashed religious nut jury much like the liberals / democrats of today, but a jury none the less.

So Vlidilyich are you starting to see where your snippy remark was poorly chosen?

Perhaps you should tell V_L you are sorry for being a but head.