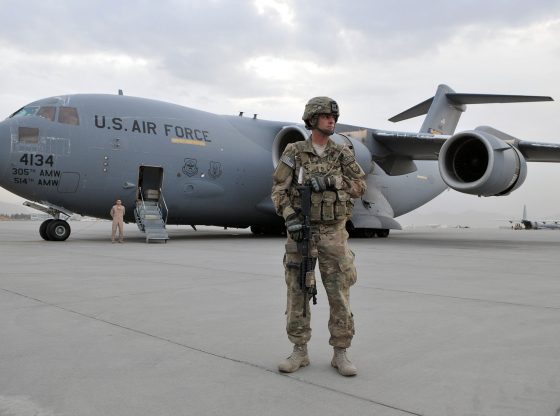 According to a stunning new report from GOP Senator Tom Cotton’s office numerous American citizens are now stranded behind enemy lines in Taliban-occupied Kabul with no way to escape having been told by the Biden Administration to merely ‘shelter in place.’

Latest security alert from US Embassy in Kabul: "We are instructing U.S. citizens to shelter in place. The U.S. Embassy in Afghanistan has suspended consular operations effective immediately. Do not come to the Embassy or airport at this time." pic.twitter.com/U81fjEsXNx


Republican Arkansas Sen. Tom Cotton called on  “stranded” Americans in Kabul, Afghanistan, to contact his office for assistance Sunday during the Taliban’s continuous takeover of the country.

The Taliban, a radical Islamic force that formerly ruled the nation, entered Afghanistan’s capital, Kabul, Sunday after former President Ashraf Ghani fled the country. The White House announced on Aug. 14 that President Joe Biden’s administration made the decision to deploy 5,000 U.S. troops to Afghanistan to assist the personnel in evacuating the U.S. Embassy in Kabul.

If you’re an American stranded in Afghanistan, or know one who is, please contact my office immediately:

The situation is dire, but we’ll do everything in our power to help keep you informed and to help get you out.

Several U.S. citizens informed Cotton’s office that they were trapped behind Taliban checkpoints in Kabul and said that they cannot “safely reach the U.S. perimeter and have no clear option of what to do,” according to Maggie Haberman of The New York Times.

Cotton spokesman says that their office has heard from multiple US citizens in Kabul trapped behind Taliban checkpoints, who can’t safely reach the US perimeter and have no clear option for what to do. https://t.co/rY5QTSPLKd

Due to an erupted gunfire at the Kabul airport, all commercial travel had been canceled throughout the day, causing the embassy to order everyone to shelter in place and avoid airports, The Associated Press reported. Helicopters landed at the embassy to rush diplomats to a new outpost at the airport and continued all evacuations on military flights.

With time running out to evacuate US citizens, the US may be soon facing a hostage crisis or potentially much worse if those trapped behind Taliban lines aren’t rescued soon.

if they are liberals … just leave em .

Where’s Hillary? That she beast knows how to fix this!

Maybe Hillary will risk being subjected to more sniper fire, as she flies her AC-130 into Kabul to rescue our ambassadors, just as she did for the Benghazi crew. Then again, maybe not.

you mean like in Bosnia when they landed amist all kinds ofmgun fire and ran to shelters to avoid getting killed all while recieving flowersfro girls. What a hero… how f…in funny is that

How DARE you question the veracity of our Secretary of State! Those images of girls holding flowers were photo-shopped by the Russians to advance the Trump campaign!! Hillary (Who was named after a famous mountain climber, even before he climbed a mountain. Now that’s forward thinking.) personally flew that heavily loaded C-17 into a raging battle, landing the plane with one hand while she fired an M-16 with the other to suppress the murderous insurgents. Her Distinguished Lying Cross…..errrr…Flying Cross…was pinned to her BDUs by the Pope, along with her Purple Heart and the Congressional Medal of Honor. She is a HERO! (Except in Haiti, where she’s got a shady reputation….)

You’re kidding right?! She’s the furthest thing from a Hero!

David Baker, thank you! You are hilarious…I wish you would write more.

You mean the Hildebeast? ‘At THIS point, what does it MATTER?’

It’s bad enough that we have betrayed and abandoned those who sided with us in Afghanistan but we can’t even save our own.

No surprise.its ole barry and his puppet joe!!

Those who sided with you , now are cheering and warmly greeting the taliban. So don’t feel so sorry for them.