Chaos Reigns in D.C. After Shooting Near MLB Stadium 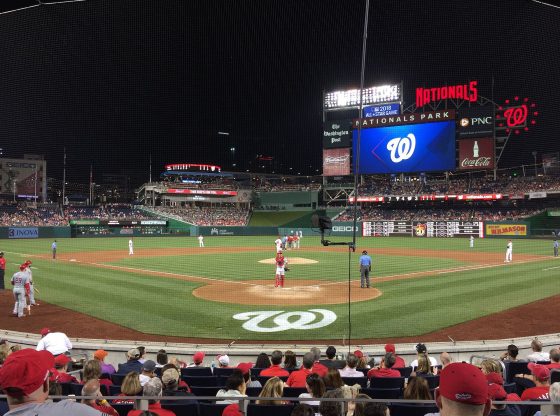 Fans watching the Washington Nationals play a home game over the weekend were sent running in a panic after a series of shots rang out near the stadium.

A shooting just outside the third base gate at Nationals ballpark in Washington, D.C., on Saturday night set off a chaotic scene, with spectators fleeing throughout the stadium and some even scrambling over railings onto the ballfield and taking cover inside the dugouts.

“Police said there were three victims: a woman who was found wounded outside the stadium and two others who showed up at a hospital a short time later and were taken into custody,” reports The Washington Post. While police wrote in a tweet about 10 p.m. that there was “no ongoing threat,” officials decided to postpone the game and clear the stadium.

“I just want to assure the public that at no time during this incident were individuals inside the stadium attending the game in any kind of danger. This was not an active shooter incident and it’s not being investigated as such. Everything took place outside the stadium,” he said.

Breaking: Initial reports of a shooting outside the Third Base Gate at Nationals Park in Washington, DC. Announcers are urging fans to leave the stadium. pic.twitter.com/XnZ4tzL1kK

It seems no one is safe while lawlessness engendered by the Biden crimewave continues to grow, not even sports fans.

the gangs have no respect for anyone BLACK or BROWN or RED or WHITE or YELLOW, they are just in their way when it comes to drive by shooting and YOUNG CHILDREN and OLDER FOLKS, get hit too. Only one way to settle it, VIOLENCE against those making VIOLENCE.

All of us gun owners are at fault. That’s why the fake news is blowing the shooting out of proportion

Just a coincidence; move on, nothing to see here….