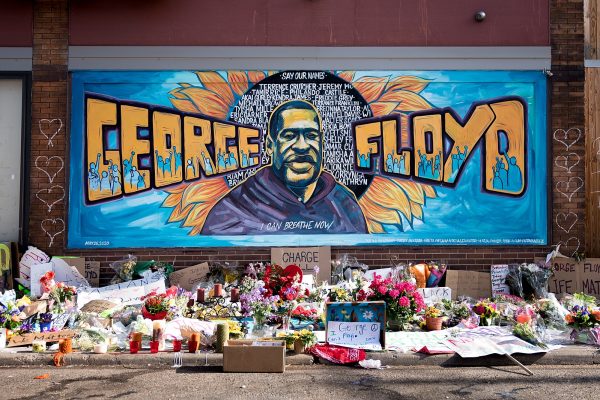 A new poll has now shown that the majority of Republicans believe that the jury in the trial of Derek Chauvin for the murder of George Floyd reached the wrong verdict.

The jury found Chauvin guilty of all three charges against him, including the charge of second-degree murder.

Nearly half of all Republicans questioned in a new poll said that they believe former Minneapolis police officer Derek Chauvin was wrongly convicted of murdering George Floyd.

A total of 46 percent of respondents to the CBS News-YouGov poll who identified as Republican said the Hennepin County jury reached the “wrong verdict.” Only 10 percent of Democrats said the same thing.

The 25 percent of Americans who said they believe the jury reached the wrong verdict also said they strongly disagree with the ideas of the Black Lives Matter movement, CBS News noted.

And just how would you feel if it were your son

If my son did the same shit Floyd did I couldn’t defend his actions either. Own your own behavior!

TEACH YOUR CHILDREN WELL
Athletes and movie stars are not your friends.

Americans should stop propping up athletes and actors and especially medias and corrupt politicians especially the anti-American democrats , rhinos! That is lowering standards to pacify all that hurts all , that is also the liberal agendas!

It’s called “accountability”. George Floyd was already dead, he just hadn’t stopped breathing. The fentanyl overdose in his system was already killing him. He got what he deserved.

Floyd put himself in the position that got him killed if he had not been involved in criminal activities, he would have died of his overdose by himself.

The original video showed him complaining that he couldn’t breah when the officers removed him from his car. He said it multiple times, including when they were putting hom in the back of the police car. He said he couldn’t breath. He said he had clausrophonia. The officer trird to make him comfortable by opening the windoe so he could get fresh air and he even turned up the A/C. Still he kept saying he couldn’t breath and he added “I’m dying. I’m dying” they then took him out of the car and that is when he started tefusing to do what the officers told him to do. They were trumying to hand cuff him anf he was fighting them. WHY this first half of the tape was not shown as evidence through any part of the trial is a question no one was shown. I swer this was on the very first tape..on television..and yet it was not used at trial. You are right. He was already dying before they took him into custody. He knew he had OD ed. Perhaps that he was held down with pressure on his neck longer than hr should have been..but he still would have died. He should havr gotten a NARCAN injection or two…..??? Why wasn’t he..probably because he was not unconcious…

Comply and dont die . Get your day in court which is your right . Resisting arrest is not your right . Its simple , stupid !

because the parents do drugs too. It is all around me here. People in their 40’s plus.

SON ? this is a grown Man , a convicted Felon . Who had just comitted a Crime not to mention the Resisting Arrest that he was committing at the time . Plus he had just enjested a lythal dose of drugs and failed to tell Police . NOT my SON !

See what some people consider actions to be martyr! Why do blacks always have racism following them especially black Americans? See how easy it is to have them as easy targets for hate and division especially by a government to make Americans to hate and divide for easy control! Certain actions cause certain consequences! Elemental thinking { Duh! certain actions done without fore thought of the outcome} can cause positive or negative consequences! Not all blacks are criminals and not all cops are racist like the medias want people to think so at a stale mate because how to solve these problems need work on both parties especially within the black community!

make all criminals follow the law with no bias. and stop supporting black on black crime. and stop men killing ex girlfriends, wives and children.

Like bidumb child, 50yr old, Hunter. You are no longer a child after 18. If you are, we sure send a lot of children to war.

If it were my son I would be questioning myself on where I failed bringing him up. He was not deservedly the martyr or gleaming pillar of society everyone is building him up to be

If my son was on drugs and fought the Police, he new right from wrong, oh well

My Son was taught better, he respects the law and knows that if a Police officer tells you to put your hands up YOU put your hands up. The most helpful way to protect your kids, teach them not to break the LAW in the first place.

If you want to know, Goggle George Floyd/Judge Judy and get a gander of the person not even a father could love.

If my son was a convicted felon, and continued to do illegal drugs, passing counterfeit money, and resisting arrest, I probably would not be blaming the cops

well you see what it got them, I’m sure they really give a shit about him they got 26 mil from the city.

If it were my son, he would be cancelled from the family until he was drug free.

How would you feel if your son was a life long dope head, drug slinger , Armed Robber ( stuck a gun in a pregnant woman’s stomach and demanded all her money) had been in and out of prison 9 times, has resisted so many times to count in traffic stops. Had 8 once’s of Fentanyl up his ass and swallowed a hand full when he was stopped. STOP making a hero out of this DIRT BAG !

He’s NOT A HERO in Book to me he was a looser all the way around.

my son would not be that trash. If he did decide to be that he would be on his own.

If my son turned out to be the trash Floyd was I would not fault the officer at all. Floyd made his bed at an early age. He sealed his own demise. No problem. The officer does not deserve the verdict.

My son is not a drug addict or a criminal and would comply with police order, so I don’t need to worry about it.

Floyd’s life caught up with him.

George Floyd committed suicide, plain and simple. Had the whole thing gone down 3 or 4 hours later, Derek Chauvin and the other three would have been investigating a drug overdose death. The infamous “knee on the neck” didn’t killed Floyd. A lethal dose of fentanyl did that for us. The drugged out idiot ended up where he belonged.

Surprising? To who?
1) Drug dealer was in the car with GF when the police walked up.
2) He had already been doing drugs and alcohol when the police walked up.
3) He claimed he couldn’t breathe while in the police SUV, meaning the drugs were already starting to terminate his life. It’s very likely he swallowed the drugs he had on him like he’s done before.
4) Chauvin’s knee was on his shoulder blade as proven by a picture taken at a different angle, so no choking.
5) GF died of a drug overdose.
6) Police had called emergency services in an effort to save him.
Those are the facts that came out in court. So he’s not guilty, of anything except trying to help him and doing his job. GF was just another druggie violent criminal that passed away due to drugs.

The only reason he was convicted was the jury was scared to death of the outcome if they didn’t!

#4 was what I observed. I thought I saw the knee from the shoulder area to the base of his skull. Never saw it ACTUALLY Touching neck/nape area. But, with all the cop haters out there, I’m not surprised one bit at guilty verdict