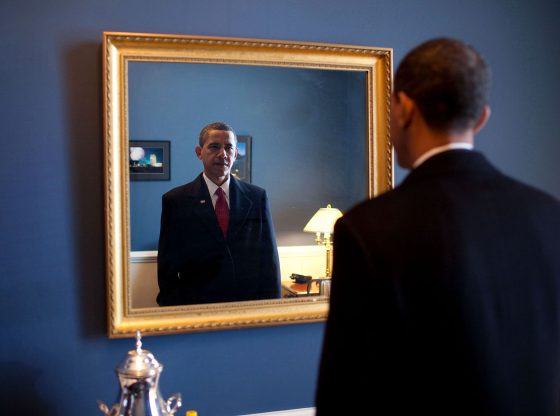 A member of President Barack Obama’s Cabinet admitted lying to federal agents about taking an illegal $50,000 loan, while serving in the White House, from an African billionaire who was once on a terrorist watch list.


“During an interview with the FBI in 2017, LaHood initially denied receiving the loan, but later acknowledged the payment after being shown a copy of the $50,000 check he received in 2012, according to a non-prosecution agreement LaHood signed with federal prosecutors in Los Angeles,” POLITICO reports.

“Under the deal struck in 2019, federal prosecutors agreed not to file criminal charges over the omissions and misstatement, while LaHood agreed to pay a $40,000 fine and to repay the loan,” POLITICO added.

LaHood, who served as Obama’s Transportation Secretary from 2009 to 2013, was previously a Republican member of Congress from Illinois, known for his efforts to push the Republican Party to the left.

As a member of the liberal “Main Street Partnership,” LaHood was a critic of the Tea Party and publicly criticized 2008 vice presidential nominee Sarah Palin.

The loan was discovered during a federal investigation into Chagoury, who routed $180,000 into the campaigns of several Republican candidates by giving the cash to Americans and directing them to make the contributions in their names.


It is illegal for foreign nationals to donate to American political campaigns, as well as for someone to supply money for donations made in someone else’s name.  The candidates who received the contributions were not aware they came from Chagoury.  Chagoury agreed to pay a $1.8 million fine and appears to be assisting the U.S. government with other investigations.

“Federal prosecutors entered into the deferred prosecution agreement considering, among other factors, Chagoury’s unique assistance to the U.S. government, his payment of a fine, Chagoury’s acceptance of responsibility for his actions, and his residence outside the United States,” Wednesday’s Justice Department statement reads.

Chagoury, who was once on the United States’ “no-fly list” for ties to the Hezbollah terrorist group, also donated millions of dollars to the Clinton Foundation and had multiple contacts within former Secretary of State Hillary Clinton’s State Department.

Oh yes, the most corruption free administration, so they crowed. The one in now is worse. Those demorats are quite the liars

Haha.
You, friend, are quite the understater.

Liars, eh, ya, but definitely sewer rats infested with lice.

DO YOU THINK HE WILL BE PUT IN JAIL /FINED? HAHAHAHAHA TO THAT THOUGHT

THE DEM’S WHO WILL NEVER BE SENT TO PRISON – NO MATTER THE CRIME INVOLVING THE GOVERNMENT NOR ANYTHING THAT THEY HAVE DONE CRIMINALLY WHEN NOT IN OFFICE.
THESE ARE ALSO CRIMES AGAINST THE UNITED STATES – TREASON PERHAPS, ETC. AGAINST THE CONSTITUTION PERHAPS?
1) HILLARY CLINTON
2) BILL CLINTON
3) ERIC HOLDER
4) OBAMA
5) BIDEN AND SON HUNTER
6) JOHN BRENNAN AND CLAPPER
7) JOHN KERRY
8) CUOMO
9) ERIC SWALWELL
10) PELOSI
11) OMAR AND TALIEB – PRO TERRORIST ADVOCATES
12) SHIFTY SHIFT AND NADLER
OH, MY FINGERS ARE STARTING TO HURT – TOO MANY MORE THAT SHOULD BE LOCKED UP.

Add Susan Rice and Samantha Power to the list!! Susan Rice as Obama UN Ambassador now in Biden Domestic Policy lied about Benghazi to the American people and disclosed the identity of Americans under surveillance in the just elected Trump Admin in violation of Intel laws and Samantha Power, now Biden USAID Director as Obama UN Ambassador also disclosed the identity of them elected Trump Admin in transition to the White House in violation of Iintel laws. Obama’s Secretaries broke too many laws but we know only the little people like you and I go to jail!!

Most of those on that list are either executed or awaiting trial at Gitmo. What you are seeing on TV or Social Media is actors, CGI or holograms or body doubles and clones

That is quire a listing you have there. I do admire your rectitude. I think I would have gotten physically ill before I had finished such a listing. But, in truth, such a list should be placed before the eyes of the American public every day, to remind people just how rotten the Democrat Party has become, in modern times (since 1955 or so).

Barbara you forget 2 that really need to go PILLOUSER and schmucker, oh lest I forget all CNN, MSNBC and that late nite guy what’s his name cobert or something!

“Under the deal struck in 2019, federal prosecutors agreed not to file criminal charges”. The two tier justice system strikes again. Democrats get away with murder, Republicans get murdered…

What a system ; just admit youre guilty and they wont prosecute you. Just pay and it goes away. Should call it the pay and away play.