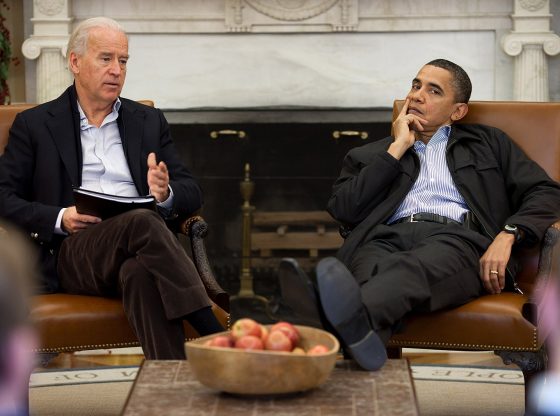 Progressive lawmakers unleashed a tweetstorm on former President Barack Obama after he chided them for promoting the defund the police movement.


However, liberal Democrats weren’t content to passively listen to this latest scolding.

Obama made the comments during an interview with Peter Hamby on the Snapchat original political show “Good Luck America” that aired Wednesday morning.

“You lost a big audience the minute you say it, which makes it a lot less likely that you’re actually going to get the changes you want done,” Obama said. “The key is deciding, do you want to actually get something done, or do you want to feel good among the people you already agree with?”

We lose people in the hands of police. It’s not a slogan but a policy demand. And centering the demand for equitable investments and budgets for communities across the country gets us progress and safety. https://t.co/Vu6inw4ms7

Other members of the so-called “Squad” joined Omar in pushing back against Obama’s comments.

Rosa Parks was vilified & attacked for her civil disobedience. She was targeted. It’s hard seeing the same people who uplift her courage, attack the movement for Black lives that want us to prioritize health, funding of schools & ending poverty, rather than racist police systems.

The murders of generations of unarmed Black folks by police have been horrific. Lives are at stake daily so I’m out of patience with critiques of the language of activists.

Whatever a grieving family says is their truth.

And I’ll never stop fighting for their justice & healing.

With all due respect, Mr. President—let’s talk about losing people. We lost Michael Brown Jr. We lost Breonna Taylor. We’re losing our loved ones to police violence.

It’s not a slogan. It’s a mandate for keeping our people alive. Defund the police. https://t.co/Wsxp1Y1bBi

Democrats expected to gain as many as 20 seats in the House of Representatives last month. Instead, Republicans flipped at least ten. The election results indicate a challenging midterm awaits House Democrats already clinging to their narrowest majority since the Great Depression.

READ NEXT: All the Police Chiefs Who’ve Thrown in the Towel Since George Floyd’s Death >>

And, in the cases I’ve seen mentioned, the “victims” are either in the process of committing a crime (resisting arrest) or have just finishing committing one. You’re right that more whites are killed by police than blacks. But, that’s right. White lives don’t matter. If people that take black lives should be defunded, perhaps all the communities that turn a blind eye when a black is killed in the ‘hood by another black should be defunded. Far more blacks are killed by other blacks than by police trying to make an arrest brought on by dishonest behavior.

Let’s make as many ignorant minions think that the police kill 100 black men a day when in fact it’s less than 1% I think. More white men killed by police but hey white men are privileged. If Biden ever is allowed to take office you bet Covid 19 will just up and disappear because they wont need to use it anymore for their narrative. They’ll say that Biden and his administration did the right think unlike the Trump administration.

Biden will have his governors to shut every thing down that will kill more brown people than cops ever have.

Fortunately that will never happen. Biden and all who sail with him will be in Gitmo for Treason. President Trump by such a large number that the Dominion Machines couldn’t cope. They were not programmed for such huge numbers for Trump, so they quickly brought in the fake Biden only Ballots and immediately stopped counting Trump Ballots and dumped thousands .

Their argument is factless. Let’s take Michael Brown and Breonna Taylor for example both were thugs and criminals. You don’t wantto die at the hands of the police don’t break the law. Pretty simple.

Wasn’t that “The Shadow” who said, “The weed of crime bears bitter fruit”?