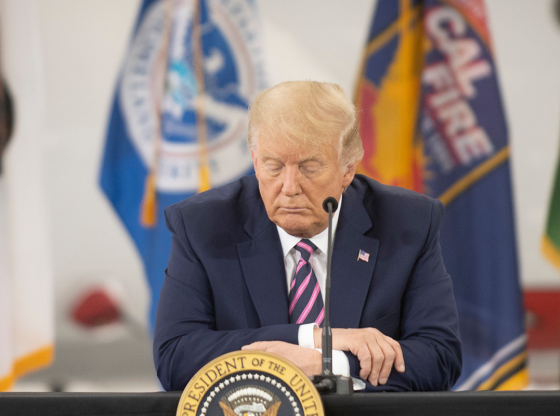 Republican leaders in Pennsylvania’s House of Representatives have announced that they won’t meet again until next year.

The revelation suggests the GOP-controlled chamber will not intercede on behalf of the Trump legal team’s election challenges in the Keystone State.

House Speaker Bryan Cutler, R-Quarryville, and Majority Leader Kerry Benninghoff, R-Bellefonte, released a joint statement saying that they would not be calling their chamber to Harrisburg on Monday, the final possible day for the 2019-20 session of the Legislature to meet.

Given that the House won’t meet before the Electoral College gathers to pick the next president Dec. 14, President Donald Trump’s hopes that state lawmakers in Pennsylvania would step in and choose electors appear to be dashed.

Trump and his allies have alleged that presumed President-elect Joe Biden’s victory in the Nov. 3 election was the result of widespread fraud, including in Pennsylvania. He tweeted that Republican-controlled legislatures in the states where he disputed the results should hold votes to pick a new slate of electors.

You Republicans are weak and shouldn’t be in those seats. You think if biden wins you will have another chance at winning anything? Republicans today are fools they rather lose and not have a backbone, democracts run over them everytime, and don’t fight back. Talk about cowards in one party. Think Trump and conservatives should have their own party since the gop is weak and dead

Jcatherine
Reply to  Raymond A Martucci

They were never Republicans to begin with…there are many politicians that run for office on another ticket so they can do just what these rino’s just did. They fell in line as they were told to do. It’s just another example of how corrupt and fraudulent the election system has become. Joseph Stalin said: “It doesn’t matter how many votes are cast, what matters is who’s counting them.” Never more true than in PA, in 2020.

I agree 100% that the Republican Rhino’s out to transfer to the Democratic Party as they are making a mockery of their own Party. Mitt Romney is a traitor to his Party just as was Jeff Flake during the Brett Kavanaugh Confirmation which he asked for another week of investigations before taking a vote to confirm. Our own DOJ and the FBI are just as corrupt as the Obama-Biden Administration was. President Trump has been harassed from the day he announced he would be running for President of the United States of America. And to this day the Dems are Promising to go after him even if he doesn’t win re-election. With all the Evidence of Obama-Biden spying on the Trump Campaign and the phony Dosier of the Fake Russia Hoax and now the Final straw stealing the Election from President Trump. If AG Barr and John Durham had given results for their investigations into the Obama-Biden spying on Trump before and after the Election of Donald Trump, Biden wouldn’t have gotten all of the supposed votes they say he received. POTUS Trump was called a racist among a lot of other accusations. Why didn’t Biden’s RACIST past of being in favor of segregation. He also stated he didn’t want his kids going to a jungle school. Did he mean with black Children? Obama-Biden went after General Flynn and also Carter Paige on FALSE allegations. So where does the list stop for the Dems, if you dig deep enough you will never reach the end of their long list of CRIMES. I predict there will be an insurrection against the Democratic Administration if they take away anything President has Accomplished doing for the People without the Dems help. Wake up America as we already know what exactly went on and the Republican Rhino’s helped it along. But more people like the Democratic voters who supported Biden-Harris will see exactly what will be in store for them as middle class workers because the Dems only care about the Elites. Jeff Sessions was another Rhino who betrayed President Trump by Recusing Himself to investigate the Fake Russia Hoax giving the Dems the right to put Mueller in charge for four long years and $40,000,000 wasting of Tax payors money. And when Mueller appeared to testify He was asked about Fusion GPS and He said he didn’t know them. They are the ones who got the Dosier made of False Russia Collusion, paid for by Hillary Clinton. And some people said he was beyond reproach. Big money tech’s, Soros, Bloomberg, spent Hundreds of Millions of Dollars to rig this election in Favor of Biden-Harris. At this time I feel that I don’t ever want to vote in any Election again as “Money Talks and Bullshit Walks.”

General Flynn is heading a task force of Military . He will head a completely new FBI and all the old guard removed, same with a very Corrupt CIA and DOJ. The new FBI is now called @Kraken/Wood 🙂 No more blackmailing, threatening peoples families if they dont tow the line etc. The Criminals are being removed

Joe I don’t think that could have been summed up as well as you put it. You are a great patriot and thank you.

We will remind the cowards the next election.

Jack
Reply to  Raymond A Martucci

By damn, I agree with you and might I add that Pennsylvania is one crooked ass state !,,

They are not “weak”, they are the controlled opposition used to seem to validate that the Democrat portion of the Uni-party “won”. ALL politicians who stay to make a “career” are criminals, it is THAT SIMPLE.

You should have a link so I can post to Parler.

you are right. REPUBLICANS ARE WEAK AND WILL EAT THEIR OWN. DEMS WOULD NEVER! THEY STAND UP FOR EACH OTHER. ASHAMED OF MY PARTY!!!!

agree,they are gutless same goes for our arizona gov

I think treason has a different cost to the perpetrators.

All they are is the “controlled opposition” that the Globalists use to make it appear that they “win”, when it is ALL fraudulent.