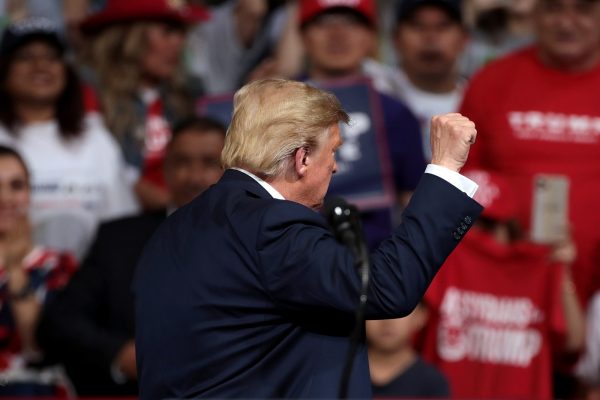 With less than two months to go until the election former Vice President Joe Biden’s once considerable lead over Donald J. Trump appears to be vanishing. Polls are showing the Democrat still ahead nationally and in several crucial swing states. Many equally reliable surveys however show the president closing.

SEE ALSO: The Only Metrics That Matter When Predicting Elections


Whether this is due to a change in voter attitudes or a change in polling methodology and the way pollsters look at their numbers is anyone’s guess. Public opinion surveys are highly objective analyses of electoral sentiment that can be influenced by both those crunching the numbers and those participating.

Any good survey seeks to replicate the partisan and ideological breakdown of the electorate that will be participating in the next election based largely on what happened in the last. That’s not always a reliable measure as it requires those conducting surveys to manipulate the numbers to account for ideology, partisanship, race, religion, and gender among the respondents that may not resemble who shows up on Election Day.

Environment influences optics. People in solidly Democratic areas are likely to feel comfortable putting Biden/Harris signs in their yards while Trump/Pence supporters in the same neighborhoods might be reluctant to bring attention to their intentions. Demonstrating support for the president, an admittedly divisive figure, can have adverse consequences. In one notorious incident, two 21-year-old women stole a “Make America Great Again” hat off the head of a seven-year-old boy at August’s Delaware Democratic state convention (RELATED: Police Report Another Attack on a Trump-Supporting Child).

They’re now charged with hate crimes as well as robbery, conspiracy, and endangering the welfare of a child – and what they did what was inarguably cruel – but it hardly scratches the surface of what’s going on around the country. The social sanction shown toward Trump supporters is severe and encouraged by Democratic leaders. Congresswomen Maxine Waters, chairman of the House Banking Committee, famously told participants in a California rally that, as far as administration officials were concerned, “If you see anybody from that cabinet in a restaurant, in a department store, at a gasoline station, you get out and you create a crowd, and you push back on them, and you tell them they’re not welcome anymore, anywhere.”

Rhetoric and behavior like that can be intimidating. Few people want to open themselves up to the social sanction and shunning that attaches to being a supporter of the president. This may be why, as a recent Rasmussen Reports poll indicated, 17 percent of likely voters who give Trump’s job approval high marks say they are reluctant to let others know how they intend to vote in the fall. “A similar but narrower gap is evident between the two parties,” the polling firm said, with 16 percent of Republicans being less likely to tell others how they intend to vote, compared to 12 percent of Democrats.

This phenomenon was likely present in 2016 as well. Most pre-election polls showed former first lady and Secretary of State Hillary Rodham Clinton winning the White House easily. Instead, Trump won by the narrowest of margins by pulling together enough narrow victories in the 50 separate state elections that constitute a presidential contest to win a clear if not necessarily convincing victory in the Electoral College. If it is again present, as Rasmussen Report’s latest survey suggests, then most national and state surveys are undercounting the president’s level of support.

If that’s true, then the race is a lot tighter than people are being led to believe by most of the reporting on the race. Other surveys have shown GOP satisfaction with Trump to be much higher than the Democrat’s happiness with Biden. Republicans who say they are likely to vote are also showing much more enthusiasm as regards their participation in the upcoming election than their counterparts. These numbers too suggest support for the president’s re-election is being under-estimated rather than reported accurately even if the numbers in the national surveys say what they say.

Yes! Plus, all the walk away patriot democrats.

Plus you never know who is on the other end of that phone call. I would feel leary of answering questions from someone I don’t know.