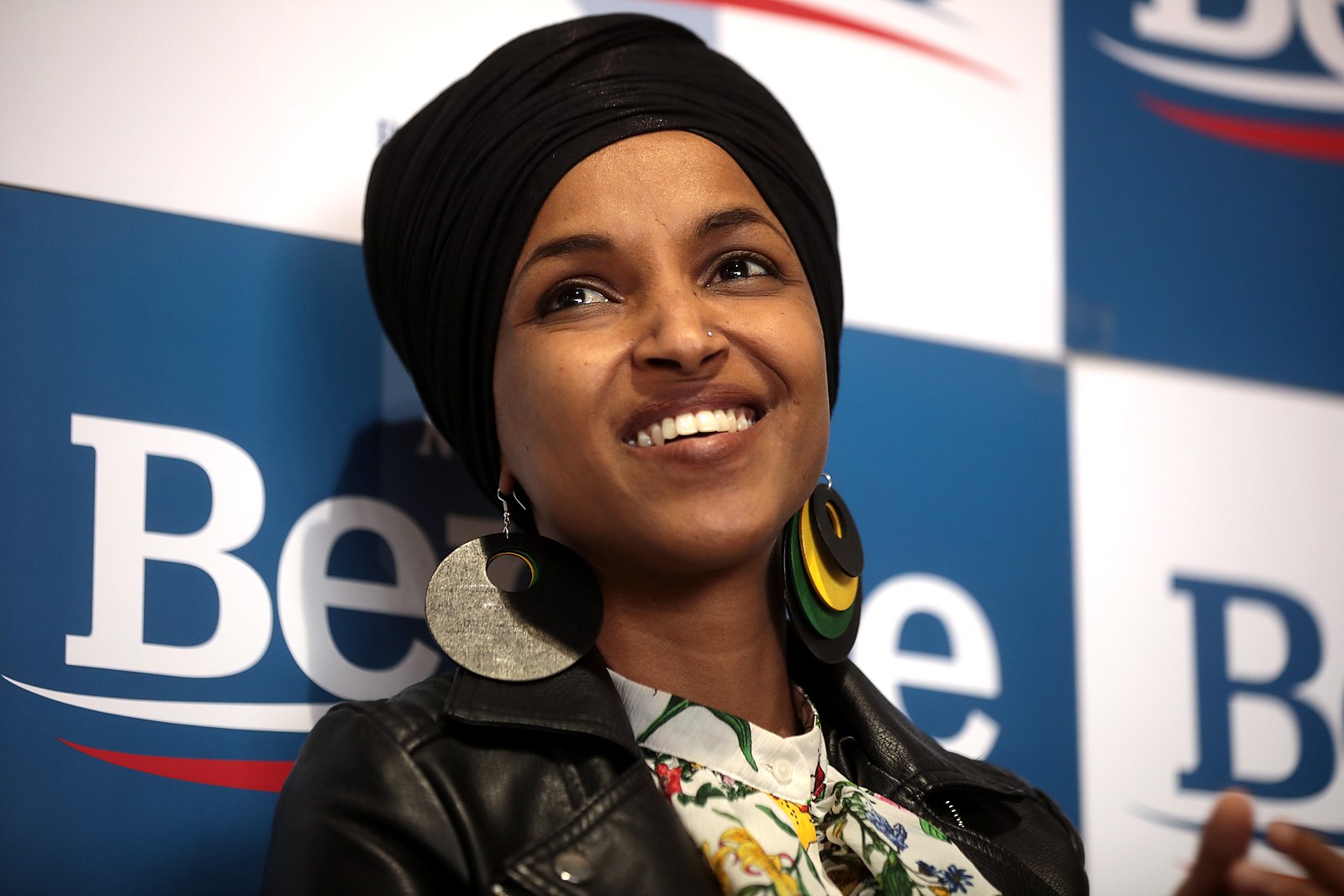 For months Ilhan Omar has been in a reported affair with a prominent Democratic strategist, Tim Mynett.

The pair attempted to cast doubt on their affair, despite both subsequently getting divorced and Mynett’s ex-wife, Dr. Beth Mynett, stating in court that her former husband cheated on her with the first-term lawmaker.

Got married! From partners in politics to life partners, so blessed. Alhamdulillah ❤️

When asked late last year if she was having an affair, Omar told WCCO, “No, I am not.”

“I have no interest in allowing the conversation about my personal life to continue, and so I have no desire to discuss it,” Omar added.

The Daily Mail reported that the two got married earlier this week at an undisclosed location.

This is Omar’s third marriage as she has “embroiled in allegations of committing immigration fraud by marrying her own brother, Ahmed Nur Said Elmi, in an attempt to facilitate his acquisition of United States citizenship,” The Daily Wire previously reported. “Omar legally married Elmi, a British citizen, in early 2009, and reportedly religiously divorced him in 2011. However, it wasn’t until 2017 that Omar and Elmi obtained a legal divorce — Omar and Hirsi were legally married only a month later.”

Excuse me, I have to puke.

William Moore
Reply to  AM

Will someone intelligent explain to me and a hell of a lot of other AmEricans why this disgusting, vile piece of ‘mooslime’ filth is still here in America and infecting congress.?Really islam is not acceptable here in America as it’s lifestyle and ‘sharia’ laws are contrary to life and law here in the USA! Get rid of this nasty piece of festering SHIT immediately. Send her back tho the CRAP HOLE she so loves, somalia. Deport this worthless one celled amoeba who does nothing for America. Really, who in their right mind elects this kind of filth?

hank Bradley
Reply to  AM

I wonder what her brother has to say about all this? And an undisclosed location? Really check their passports!

Make sure you puke on HER!

Will someone intelligent explain to me and a hell of a lot of other Americans why this disgusting, vile piece of filth is still here in America and infecting congress? Really islam is not acceptable here in America as it’s lifestyle and ‘sharia’ laws are contrary to life and law here in the USA! Get rid of this nasty piece of festering SHIT immediately. Send her back tho the CRAP HOLE she so loves, somalia. Deport this worthless one celled amoeba who does nothing for America. Really, who in their right mind elects this kind of filth?

Let’s just exterminate all of the Muslims on the planet, William.

I did not even recognize her because her mouth was closed. There are no ethical standards or requirements to be a Democrat member of The House Of Representatives.

The Democrat Party leadership and most of its sycophants holding public office, have done absolutely NOTHING for the American people for decades! Ever since the New Left emerged in the 60s and march through the institutions in the 70s and 80s, it abandoned the Party’s traditional base of supporters. They headed for college campuses to recruit students to SDS while spreading the new paradigm represented today by Wackos Ilhan Omar and Ocasio-Cortez. They and their fools parade represent anti-science-environmentalism, identity politics, and political correctness. They made a power play for Party leadership with the formation of the SQUAD. They gripped the throat of the Party leadership and made their demands of a New Green Deal. Witness the reaction to Ocasio-Cortez’s Red-candidate, Bernie Sanders. Of all the 20 or so Democrat candidates running in the primaries, they chose of all people Joe Biden! Like what was done for Barack Obama, Biden’s handlers are working overtime to create a “hologram” image of Biden they hope to sell to American voters to take on President Trump. Biden is known by Party leaders, (and most Americans who have witnessed it), to have a serious mental disorder. Should he somehow pull off a miracle and beat Trump, the Party can then replace him with the 25th Amendment, and put Sleepy Joe in a padded room never to be seen again. The Party elite will run the nation’s business implementing its ruinous policies.

That is why Biden will select Hillary as his running mate. When he is leaves (to his padded cell) she becomes president. Who replaces her spot as Vice-president? Pelsoi?

Hellary is too busy sucking cocks and getting fucked in the fat ass to be VP.