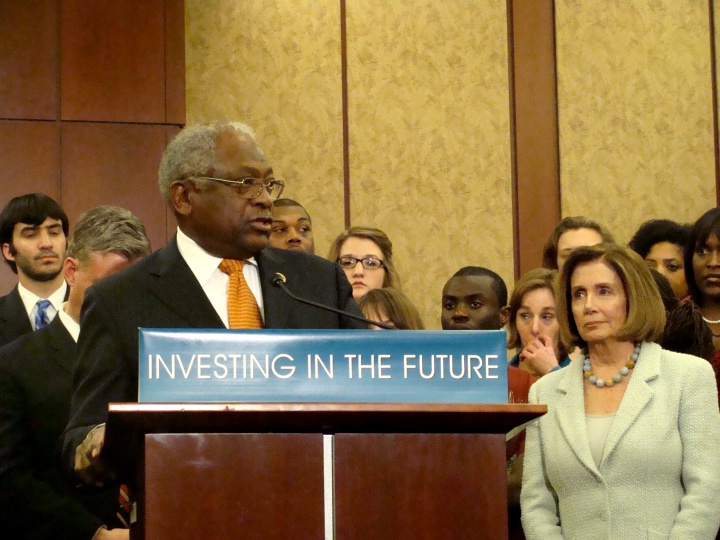 The third most powerful member of the House of Representatives has a decidedly undemocratic scheme to end his party’s presidential primary, despite Bernie Sanders’ refusal to concede to Joe Biden.

In a conversation with NPR as the results were coming in, Clyburn – who already has endorsed Biden – said that if Biden were to sweep the six contests, it would be best for the party to put an end to the primary race, debates and all.

While Sanders prevailed in North Dakota and the results in Washington State remain too close to call, Biden won decisively in Michigan, Mississippi, Missouri, and Idaho – leaving insiders to speculate that Clyburn remains committed to implementing his plan.

Significantly, Clyburn isn’t alone in his belief that the Democrats need to wrap the nomination process up ASAP.

“This is all about November, these voters want to shut this thing down,” famed Democratic strategist James Carville said Tuesday night on MSNBC. “Our mission as a party is to defeat Donald Trump.”

The elder Bush, who trailed Dukakis according to preliminary polls, ultimately won 40 states in a landslide.

Referring back to that election, Clyburn said: “People will say things that you cannot overcome.”

Not All Products Are Created Equal When Fighting Infectious Diseases
Is Biden Using Campaign Outbursts to Hide His Real Agenda?

WEll, President Trump MAY WIN with as many states as BUSH DID. The promises of 1=raising taxes, 2= confiscating weapons, 3= changing the Constitution, 4, 5, 6 etc, etc, etc will NOT garner votes for the left. Even the democrats who are NOT the extremists the party would like them to be, will NOT vote for biden. Dementia is very hard disease to fight. And with that disease, the left will have to elect a VP that is, as of now, UNKNOWN. The people HATE UNKNOWNS. Particularly in the case of the President of the USA.

You don’t need to make your choice known. The Democrats know what is best for you. Do like Louise Slaughter said about Obamacare. Deem it to have happened. Votes? What votes? We don’t need your stinkin’ votes.

the democrats have shown again and again that they do not care about the American People and what they think or say they just want to beat Donald Trump . To really think that a person with only average intelligence would ever consider voting for what the Dems have as there candidates is beyond comprehension