Biden Can’t Hide His Frustration When Confronted By Auto Workers 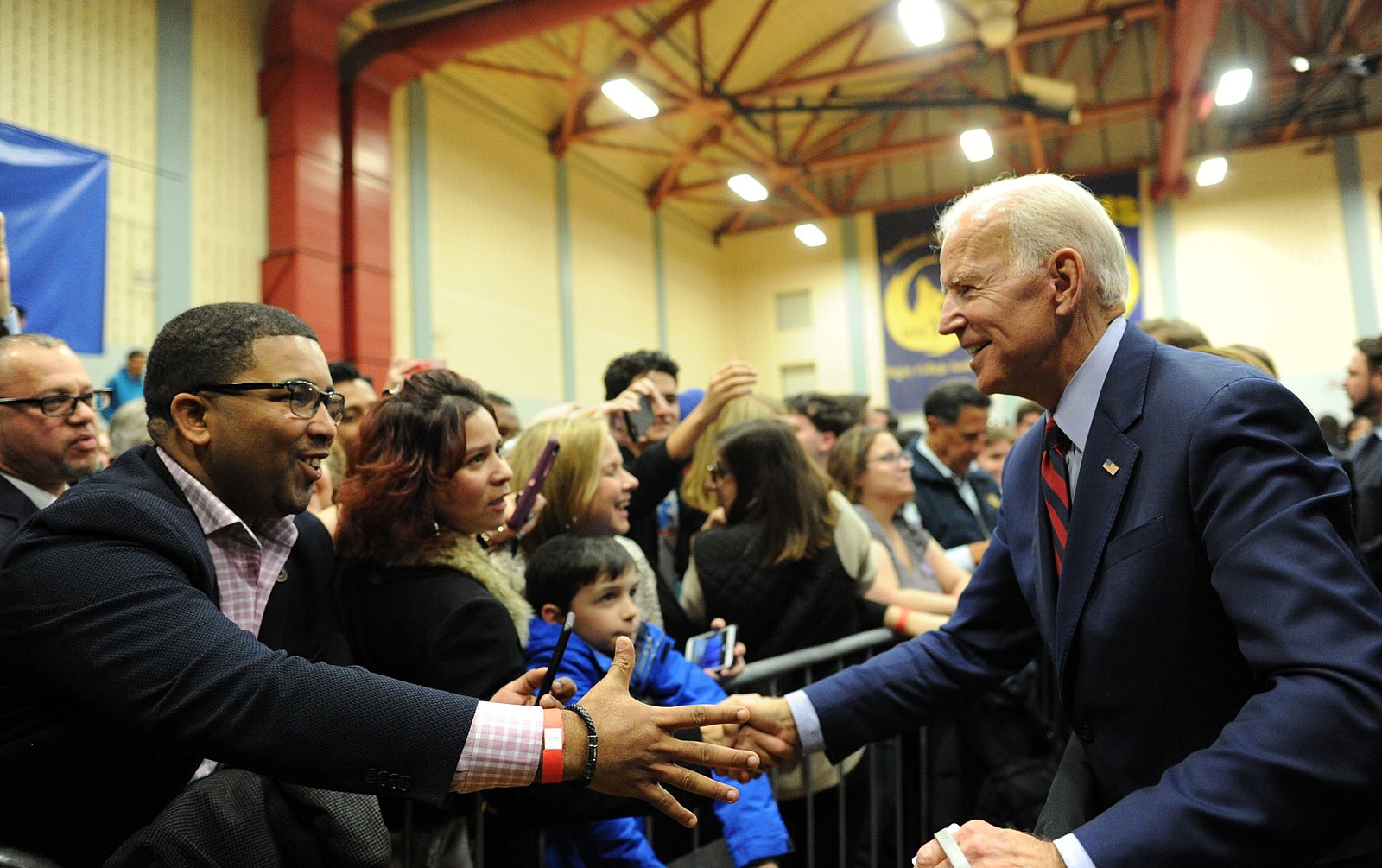 .@joebiden touring auto plant in Detroit quickly gets into an argument with a worker over guns. pic.twitter.com/37oCrX62HS


Today may be the most consequential yet in the race for the White House.

If Joe Biden prevails in the slew of primaries – in particular delegate-rich Michigan – he could bury Bernie Sanders for good.

The result would mark the culmination of a stunning turnaround that began little over two weeks ago with the former vice president’s decisive victory in South Carolina.

But, in the meantime, the presumptive frontrunner is generating negative media coverage by picking fights with voters unlikely to vote for him in the first place and forgetting basic facts any politician should know.

For posterity’s sake, you meant to say AR-15, Joe.

We now have a better angle of Biden’s profanity-laced rant:

Plaintiff Behind JANUS Case Wants Supreme Court’s Help Again
Sanders Endorsed By Imam Who Called Him Honorable ‘Even Though He is a Jew,’ Linked ISIS to Israel

The same Joe Biden who said that if there was evil entering your home to go out on your balcony with your double barrel shotgun and let 2 shots go into the sky so they retreat. Well that means Joe has a double barrel shotgun, odd. And second, to discharge a gun into the air intentionally is reckless endangerment to the community. I see secret service not allowing Joe to handle any firearm for his own safety.
Like Obama’s picture shooting a long gun with muzzle blast painted in but going the wrong direction. What a pair they made, Pete and Repeat!!

LOL. I remember well that picture of Obama shooting a gun and the phony muzzle blast. That shooting scene was as phony as Obama. I don’t even understand why these damn Democrats have to make guns an issue. It is our RIGHT to own firearms so they attack the entire Constitution by picking this one issue. We have so many important issues in the U.S. that need to be addressed. How about illegal aliens, how about our roads and bridges falling apart. Leave the Constitution alone but the Democrats can’t do that for some stupid reason.

Exactly what Hitler did to Germany. He convinced the populous to turn in their guns, and they did. He was persistent in telling them how they will have ‘shovel ready’ jobs……..just follow me. And they did, right into prepared mass graves; and many to the concentration camps. Don’t be fooled by the evils who want to take your guns.

Joe believes in HIS Second Amendment rights, not YOURS. He can shoot his shotgun anyplace he wants, you can’t!

Remember this: IF joe dementia biden is elected, he will be taken down as having dementia and the VP will be president. WHO IS biden’s VP?????

Correct, Stephanie. Dems are basically electing a vice president who will be the real president. Shop carefully – no vice president has been selected but many are vying for the position. Dems really have no viable presidential candidate. What they have is an aging communist whose ideas have come and gone with Venezuela and Cuba and an international criminal of Mafia-like proportions. Makes me see RED.

Well let’s see, Hillary?, Pelosi?, Michelle?,Barry?, It really does NOT matter. They all march to Mr. George Soros orders. Read the goals of his “Open Borders Foundation”. “NO Government, Borders, or Religions, with the ‘Elite Billionaires’ in TOTAL CONTROL!”. Dems want open borders, with their rules NOT our Constitution! Ever hear one democrat say “GOD”??? Ya think about that for a few minutes.

I think like you guys. The plan could be 4 killery or bloomie! Bloomie would tell the puppet what to say and think. And killery? God help us all!

This guy really is good at making friends. Union voters generally march to the orders of any Democrat, but I think this is another group that will shift.

I think many non-government union members, like myself, will vote Trump and Republican. They show up for Democrat rallies because they are obligated to. Maybe it’s time to change the union leadership too! Trump and Republicans are DELIVERING for working folks. Democrats PROMISE , but don’t deliver. They raise taxes, reduce Second Amendment rights , drive away business and jobs, LOWER wages, kowtow to the UN and foreign governments , and support illegals. Is that what you want? I am retired, so I can’t vote out my union leadership. You active members can!
Vote the Trump team in 2020!

Buck you Fiden you are a low life cork sucker that should be in jail with your family.