Sanders Endorsed By Imam Who Called Him Honorable ‘Even Though He is a Jew,’ Linked ISIS to Israel 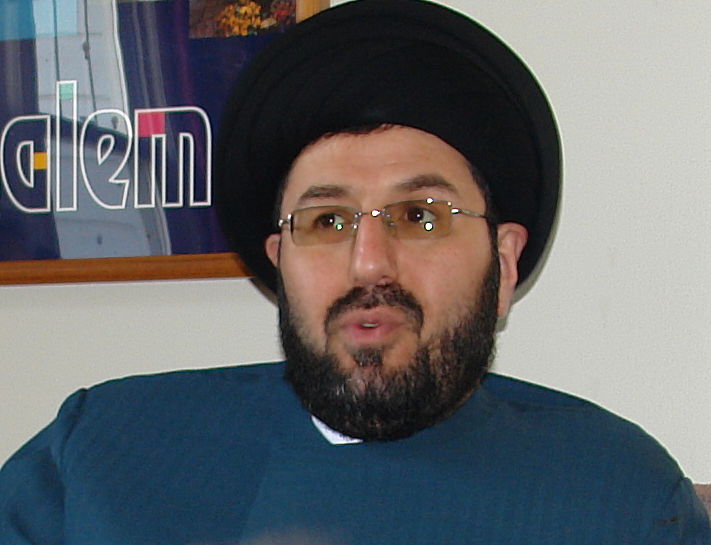 However, the radical imam’s long history of spewing anti-Semitic rhetoric won’t play well with most Democratic primary voters and undoubtedly hurts Sanders’ prospects should he advance to the general election.

Imam Sayed Hassan al-Qazwini, who spoke at a Bernie Sanders rally this week, has said that ISIS is “somehow connected to Israel” and acts as an “arm” of “Zionists,” and on another occasion described Bernie as an “honorable man, even though he is a Jew.”

Qazwini spoke at a Dearborn, Michigan rally on Saturday, one of several speakers to precede Sanders. He decried President Donald Trump’s promotion of anti-Semitism and Islamophobia, and praised Sanders in colorful terms.

Qazwini added that Bernie transcends politics as a man of honor. However, he included a bigoted caveat during a sermon in September 2016: “I truly consider him an honorable man, even though he is a Jew.”

imam in Dearborn , Mi.
The whole town is arab.
Christians get busted and jailed for asking questions.
Thanks to “bo the TRAITOR”, more and more islamists are taking over.
READ the words of that sodomizing goat herder. You will find there is NO PEACE in islam. NEVER.
Because shiis, sunnys, wahabbis HATE each other.
Right now, the low islamists are stating they are for peace. As soon as they will have enough babies to request mosques everywhere, they will apply shariah law everywhere.
Jefferson knew that. The Marines sing it: THE SHORES OF TRIPOLI. They spent years in slavery.
Which is the reason WE CANNOT ALLOW THE muslims to take over.
Their cult is TOTAL OPPOSITE to the Constitution.

Isn’t this disgusting ‘mooslime’ pig one of the un Americans elected tlaib or omer?

GOOD………….THIS SOCIALISt PIG AND MUSLIM COMRADE NEEDS TO BE DISMANTLED OUT OF OUR GOVERNMENt……….REMEMBER WHEN YOU VOTE AND BANISH BOTH OF THEM and

Hey! Mayby Sanders will choose Imam as VP. Ya think?