Poll: Most Democrats Would Flee Rather than Fight if US Was Invaded – Some Republicans Would Join Them 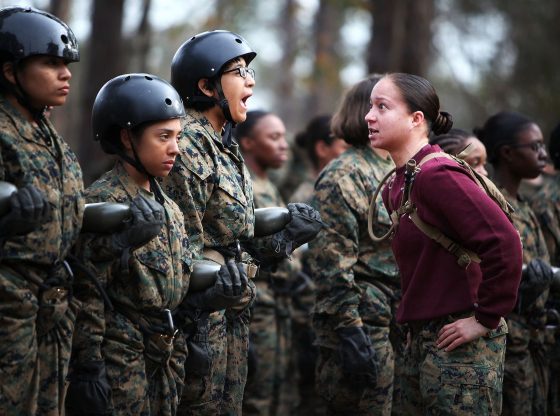 ANALYSIS – Even as you watch the sudden outpouring of new found liberal patriotism – for Ukraine, a recent poll shows that most Democrats who are now clamoring for tougher actions against Russia in favor of Ukraine, would run rather than fight if America was similarly invaded.

It appears that questioning the patriotism of liberal Democrats isn’t so crazy after all. And Ukrainians are braver and love their own country more than most Democrats love America.


In a Quinnipiac University survey the pollster asked: ‘What would you do if you were in the same position as Ukrainians are now, stay and fight or leave the country?’

Unsurprisingly, at least to me, more than half of Democrats (52%) said they would cut and run if America was invaded by Putin’s Russia. Only 40% said they would stay and maybe fight.

We could try to say all of these runners are moms with small children, but I doubt it. These aren’t all women and children, or a small group of pacifists and conscientious objectors, this is most Democrats across the board saying they’d rather leave America than defend it.

The rest were too cowardly to answer or know what they would do.

Republicans did much better. More than two-thirds (68%) said they would stand their ground. Still, 1 in 4 Republicans said they’d flee as well, making 25% of them cowardly runners, not fighters. Not the percentage of so-called conservative GOP patriots I was hoping would stay and fight with me, but far better than the Dems.

As Matthew Hennessey asks in the Wall Street Journal:

What in the hell has happened to this country? One can hardly imagine Americans of yesteryear exhibiting such high levels of yellow-bellyism. Where have all the Minutemen gone? The Molly Pitchers? The Audie Murphys? The Todd Beamers?

As he explains, the level of yellow-bellied cowardice is unheard of in American history. Hennessey adds:

In the aftermath of Pearl Harbor and 9/11, when the nation was on its knees, the call was answered without hesitation by rock-ribbed Republicans and true-blue Democrats alike. Even the turbulent Vietnam era didn’t inspire such pusillanimity. Between 1964 and 1973, 2.2 million Americans were conscripted into military service. Another 15 million were granted deferments for one reason or another. Less than 2% of those who were eligible for the draft opted to evade it, either by going underground or emigrating. Some of them considered the war unjust. Say what you want about the merits of that argument, at least it was an argument.

This, on the other hand, is abject cowardice—at best. The conflict hypothesized by the Quinnipiac pollsters wasn’t a war for oil or empire. Poll respondents were asked to envision a foreign invader on their own front porch. Imagine Vladimir Putin has sent his shock troops to level your hometown, to occupy your high school and drop a missile on the hospital where you were born. If you won’t fight for hearth and home, what would you fight for?

The only appropriate response here is disgust. Making matters worse, the 52 percenters had the option to lie. It would have cost them nothing to say, “Yeah, I’m a patriot. I’ll stay and fight.” That suggests they put antipathy toward their country above the near-universal human impulse not to look like a quisling.

My only hope is that once these pathetic cowards fled our homeland, and the remaining patriots were victorious, none of them (barring moms with small children) would be allowed back into the U.S. – EVER.

This might be the best way to finally really Make America Great again.

Pushing for a NATO-Ukrainian ‘No-Fly Zone’? – Know What You are Asking For
NBC Host ‘Shocked’ that Trump Attorney General Calls Far-Left Democrats ‘Dangerous for US’

The assaults on the 2nd amendment are not going anywhere for now. People are “being woke “. Most of us would fight for America

Dems don’t own guns, so they’d have nothing to fight with.

You would probably be surprised.

The dems want our guns and we all know it is a ‘do as I say, not as I do’. They have to keep theirs so they can control us

They probably would run to the CNN and MSNBC studios for cover!