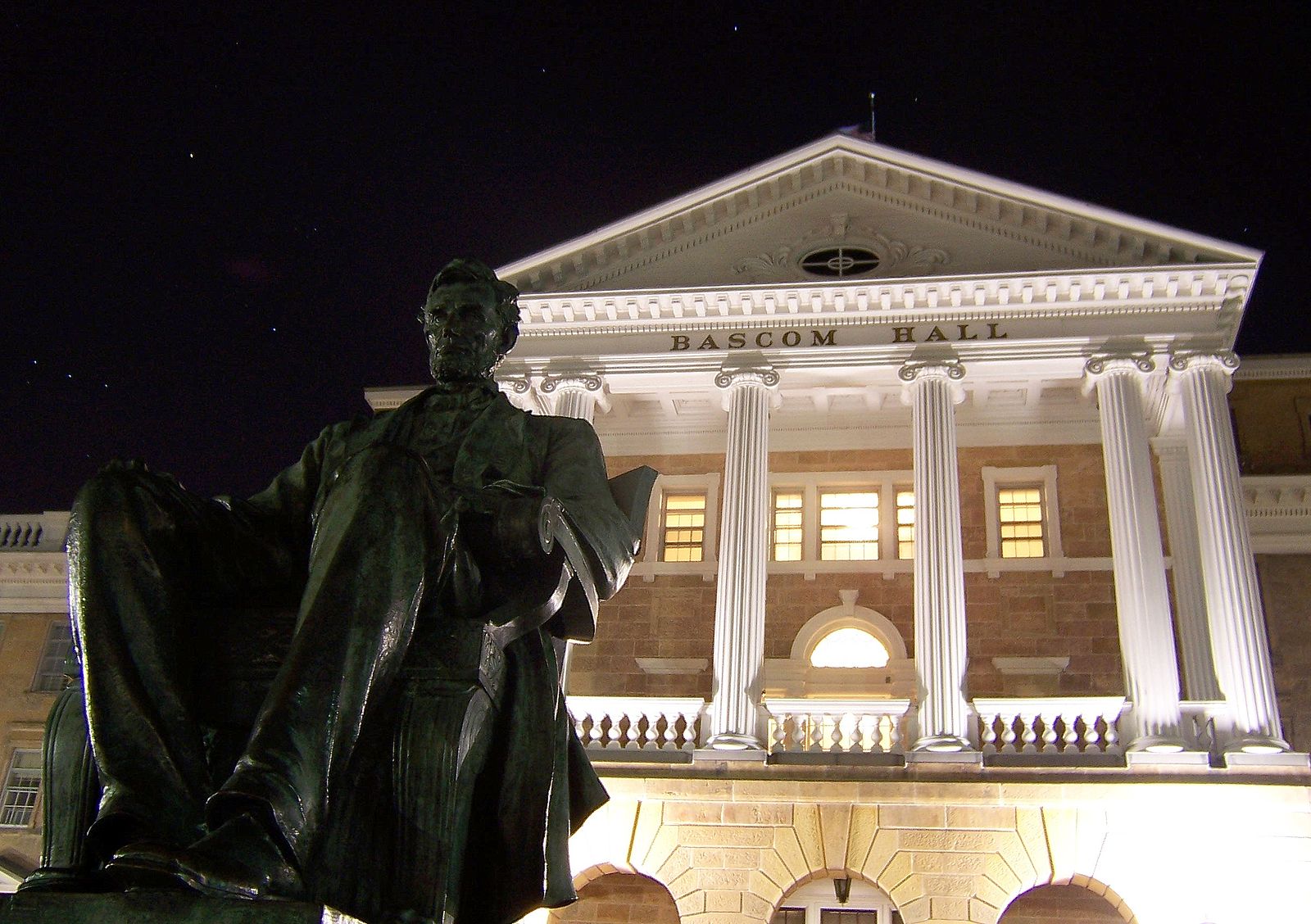 Since 1909, the campus has been dominated by a bust of Abraham Lincoln sitting in front of Bascom Hall on a hill overlooking the rest of the campus. Like their counterparts in other cities, Wisconsin students and townspeople have been protesting and rioting and issuing demands in support of the Black Lives Matter movement. One of those demands has been that the bust of Lincoln be removed as offensive because honoring him belittles Native Americans who suffered oppression even as he was fighting a Civil War to end slavery.


Radicals who apparently have no idea of what went on before they were born lump Lincoln with George Washington, Thomas Jefferson, Christopher Columbus and others who they want erased from our history. They have even gone so far as to claim that Lincoln himself was a slave owner which says more about their grasp of simple historical facts than about him. Lincoln was raised in poverty and neither he nor his parents ever owned slaves.

They haven’t gotten Lincoln yet, but earlier this week in the midst of one of the city’s periodic riots, they did manage to topple, behead and toss a century-old statue honoring an abolitionist who died during the Civil War fighting as a Union officer to end slavery. The problem in Madison and much of the rest of the North is there simply aren’t enough confederate statues to tear down, so the mobs have to go after whatever is available.

And while they were at it, the mob for good measure set upon and beat up a Democratic Wisconsin State Senator.

Meanwhile, as if to explain why all this is happening in university towns and who might be responsible for it, a nationwide poll of college and university students found that 61% of students who identify as Democrats believe that rioting and looting are legitimate forms of protest against racial discrimination and police brutality. Only 5% percent of students identifying as Republicans agreed with them, but Republican students make little difference on major American campuses anyway.

The poll was commissioned by the “College Fix” and conducted by a “College Pulse,” a well-regarded on-line polling company with a sample of some 1500 students and a 3% margin of error.

These results have led some to suggest that rather than defunding the police, legislatures should consider defunding colleges and universities that spend billions of taxpayer money to “educate” young people, but leave them ignorant of the nation’s history and unable to tell the difference between, say, Abraham Lincoln and Jefferson Davis.

READ NEXT: A Running List of the Statues Vandalized Across America >>

WATCH: Rioters Torch Luxury Car Dealership
The Social Justice Warriors Tearing Statues Down Should Stand up for What Matters Instead

This is what happens when people are not taught real American History.

Well what more would be expected from people that have not been Taught about Pre WWII History ?. These WOKE young people need to wake up and learn history dating from the REVOLUTION to modern day and understand just what it is they are destroying out of being uneducated about their fore fathers.