All The GOP Senators Who Support Drafting Your Daughters 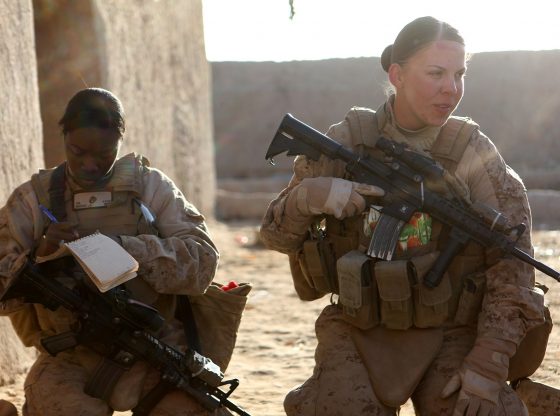 There’s a new provision in the National Defense Authorization Act that would require women as well as men to register for draft service. Men for years have been forced to register for the draft while women have not. This proposal would put women on the front lines — all in the name of equality.

Here are the Republican senators who either voted during a recent committee hearing to draft women or voted ‘not present’ as a way to avoid responsibility by not taking a real stand on the issue, according to Congressman Chip Roy (R-TX) these are the biggest cowards in the Senate GOP:

Big deal……If there is a draft then women should be drafted……equality and all…….

Agreed. Look at all the Congressmen of the last forty years that avoided the draft with educational deferments or medical waivers. They have nothing to worry about!

I thought we went to war to protect our women and children…..

Nope, we went to war to protect our Nation, Our way of life, and to be able to Feed our women and children…. The demons have all but Destroyed the first two….

No, women and children are generally victims of war. We fight for God and Country!

There is no such thing as equality in every single thing!..Life was NOT created that way and you all know it!!…This insanity is pushing against humanity, sane minds, biology and decent people!

If you want to require that everyone perform two years if paid public service between the ages of 18 and 25, that’s one thing. But females should not be drafted and sent abroad.

But we should only draft those so called women whom are of the dumb ass woke crowd. Put their asses on the front lines. Then that way when their cowardice treasonous lyingest dumb asses run from the fight we can Honorably shoot them in the face So as not to permit them to return home.
That’s my opinion an I’ll stand by it.

What a brilliant idea! Take take all the women who behaved badly in BLM and Antifa, and instead of jail time, give them military time

An interesting concept. When I reported to the Armed Forces for duty, the drill sergeants exclaimed: ‘Welcome, all you jailbirds!’ I was drafted, but we became well aware that a significant number of our platoon mates were offered the alternative: ‘Either jail or the Service!’ QED Take the militant Antifa and BLM babes, draft them and send them to Afghanistan or Guantanamo.

Women should be subject to the draft. I favor requiring the draft to include women. And I’d like to see the draft reactivated.

I wouldn’t like to see women drafted, but I would very much like to see their faces if they’re required to register, then watch Numb Nuts get us into a shooting war. You’ll see unwed and married female pregnancy rates skyrocket. As you may be aware, the media has depicted females as superior soldiers, who would deploy into combat zones on equal footing with their male counterparts. Military commanders are discovering that those depictions are complete (Liberal..) fabrications.

It is because men can’t keep things where they should be when women are around them in all situations- worse if in war! Women, if trained well, would be superior soldiers..as they have had to become superior in most things these days, because guys have decided to be gay & stupid instead because they can’t handle real life!!! Woman have done it all any way even though it would not be right to force them to have to go to war leaving the children behind or not taken care of- because men can’t take care of the nation or us or the kids anymore!! Come ON GUYS…where are the real men anymore? Get with it guys and become MEN again instead of fruit loops and take care of business and this country!

The problem with women in the military stems from the environment comprised of thousands of young, horny, uncouth males trying to garner the attention and affections of females, who are a distinct minority. I had to fly down to March AFB to pick up one of our flight operations specialists, who attempted suicide after he was rejected by a female cohort. Morale problems aside, women are women. They’re basically a pain in the butt, and our military forces are discovering this trait more and more. (Of course, any mention of this particular trait by a male soldier is a career-ending act.) The Supreme Court agrees with this assessment, though they employed enough Latin to skillfully dodge a more candid acknowledgement of these facts.

I totally agree! Sorry about the flag. I hit it accidentally. Darn new phone

The Good Lord made it abundantly clear that women are not, repeat NOT the same as men. End of discussion. Anyone that thinks so is in for a disastrous fall. Their minds have different patterns of thought, their bodies different functionalities and their souls different imperatives. Their emotionality rises and falls like the waves of the sea.

Yes, mandatory military service being halted was one of this country’s biggest mistake, It gave birth to all of these lost snowflakes

I grew up military and it was great as a teaching tool, but I would NOT want my daughter or anyone’s to be forced into Boot Camp and war! That is for the men to
do, even though they lack the wherewith all these days to be strong men! Too many fruit lops and gay nonsense floating about!! That said, that is what will go into the military as ‘women’ — the gay women who would just as soon beat a guy down as look at him! So that is safe, but the rest of us….if you guys want women, wives, and mothers for your children- you better make sure they never are in the military as a soldier and on the front lines or you will never ever have anything in this life again that resembles a normal life with a woman…we will change into hardened copies of men and that would be against humanity and as GOD created us to be!

Yep, an activated Draft is the tool to make one mature, although I’m not sure Basic Training is as tough as it was when I or my Parents served….

I went through USAF Boot Camp at Lackland AFB, Texas (July 1972), and it was not half as bad as earlier troops experienced. We had “Black Flag Days”, which were designated by temperatures, where we would not be required to march, or engage in other physical tasks. We had the Good Cop/Bad Cop version of D.I.s, and the basic mood of the staff was that the Vietnam Conflict was winding down, so we would probably be discharged before our class graduated.

There is a method to the madness. Women would be made truck drivers, cooks, clerks, even journalists and broadcasters, so the men could serve in the combat arms – Infantry, Armor, Artillery, and combat engineers.

Me with 28 years of military service… Women should serve in any role they can physically qualify for, including pilots, combat snipers, and infantry. Some women may not be able to physically meet the requirements of some jobs. But in the modern army its brains and not so much brawn that is needed to use the complex and powerful weapons systems. That said, if your job is to lift a 105 round and you can’t do it it is not the job for you.

You might confine your argument to the Draft. The Supreme Court absolved women from having to register, so the point is moot. The only reason women are functioning in many military positions is because the physical requirements for those duties were adjusted to accommodate them, in conjunction with other qualifications for technical specialties. One more aspect of this issue concerns legal resources for military females. Check how many times private lawyers have sued the military to resolve ‘discrimination’, ‘sexual harassment’, and other gender-specific issues. It looks like lawyers were the ones who pushed girls into the military…..