Wild Gunfight as Rapper and Girlfriend Blast at Home invaders 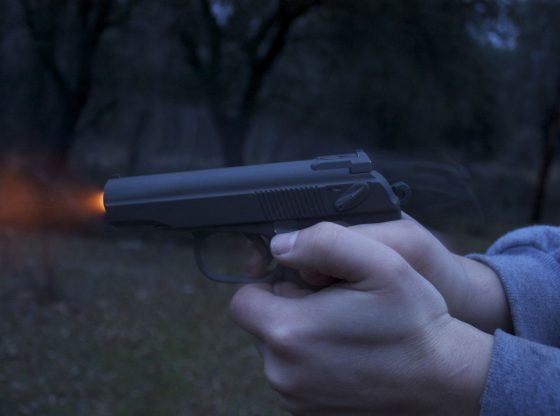 Guns may have saved lives again as a pair of famous rappers opened fire on home invaders.

TMZ reports rapper Lil Durk and his girlfriend, fellow rapper India Cox, were awakened at 5:00 a.m. by robbers bursting into his home and attempted to assault the pair.

Unfortunately for the aspiring criminals, the couple were exercising their right to keep and bear arms.

The Georgia Bureau of Investigation reports both Lil Durk and Cox opened fire.

The pair got into a shootout with the criminals, who eventually decided nothing in the home was worth dying for.

No arrests have been made.  The GBI is asking the public for tips on the identities of the home invaders.


Lil Durk and Cox were not injured.

One thing about Lil Durk… hella real life situations happen to him and he never comment online about it.. or try to turn them into promo for an album.

Any other rapper who shot at opps w/ their girlfriend making a whole album bout it and re-enacting it 2 look gangsta.

Gunmen entered lil durk and india 's house
Durk : i expect my shorty to up the chop for me
India: pic.twitter.com/22P0LJoWY8

Amanda Head: The Covid Scandal, Deceit, and Mismanagement
All The GOP Senators Who Support Drafting Your Daughters

Good on them! Just an example of the right to bear arms being attacked by the Democrats must be by all means rejected, repulsed and condemned. Do yourself and your family a favor: Vote out the Democratic Party and don’t support their enablers.

Come on, shoot and kill those globalist puppet, libby snow flake sheep criminals, you allowed them to live another day to go and burglarize someone elses house and maybe they won’t have a gun to defend themself .

Maybe the rapper and his GF need to spend more time at the range.

Thats what I was thinking. I can’t imagine the collateral damage!

you mean where the deer and the antelope play??